Ice and snow wonders in Novosibirsk

The festival of ice and snow figures is already a good tradition in Novosibirsk. This event traditionally takes place in the central city park each January 8-13 and attracts artists from different cities of Russia and even from abroad.
Snow should be quite solid, so about two weeks before the festival it is put into big wooden boxes and pressed.
Sometimes artists have to work in rather severe conditions, as the average temperature in January is about -20 here, and this year it was about -30 the day the festival started.
Unfortunately snow is a fragile substance and sometimes figures get a little destroyed just after they are made.
After the figures are built, they remain in the park for about 1 week and then get completely destroyed. And only the pictures remind us of this wonder. 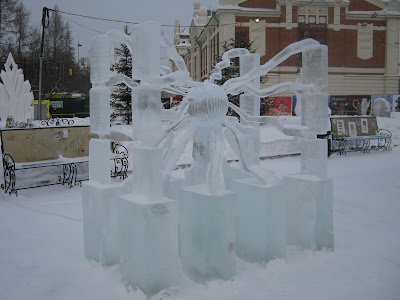 This year's winner. This figure is called Energy. I made this photo on Friday, the 14th, and on Saturday, the 15th it was already somewhat destroyed (a couple of rays were missing).. 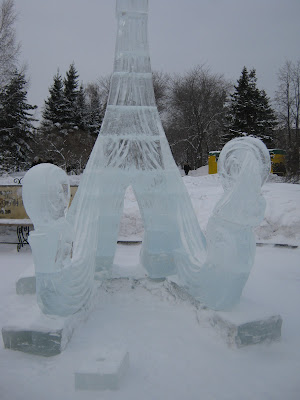 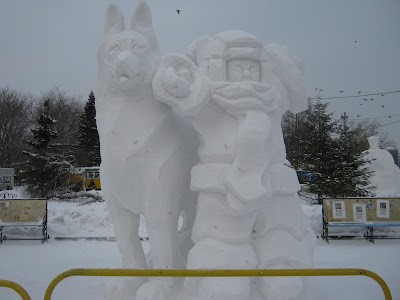 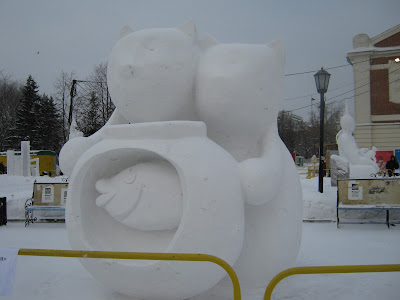 My Fish. As far as I remember, it was made by people from Kazakhstan. 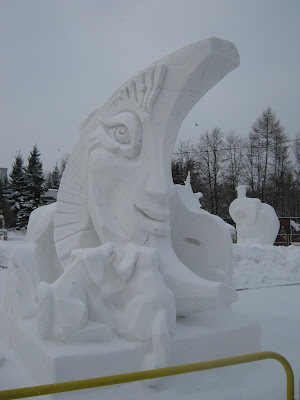 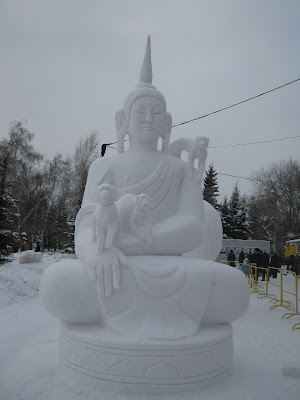 Buddha and monkeys. Made by Altai artists. 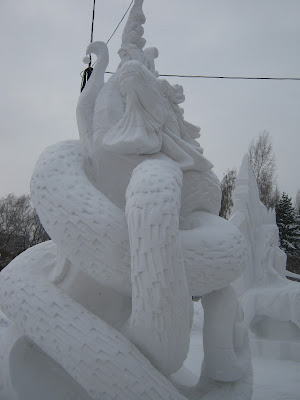 This one took the 2nd prize. 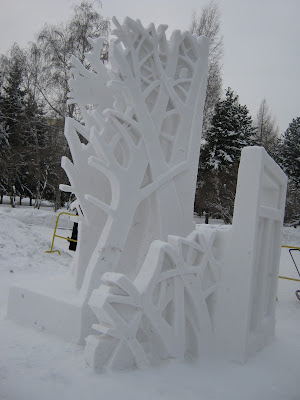 Don't know what it means, but I liked this most of all.

Young artists can also participate in the event. And their works are as interesting and beautiful, as those made by adult masters. 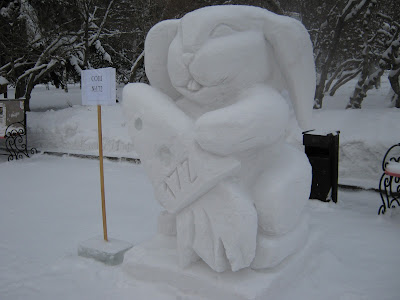 It is a real happiness for me to see that this nice thing was made by the children from the school where I studied. 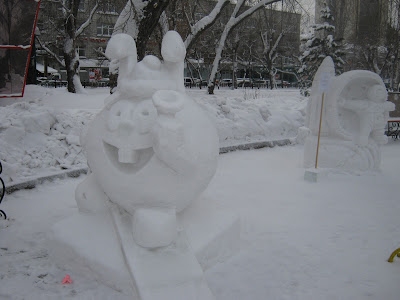 A character from a popular modern Russian cartoon.

I hope you like the pictures. It is a real pleasure for citizens and guests of our city.
Автор: Olga Tkachenko на 22:00

Email ThisBlogThis!Share to TwitterShare to FacebookShare to Pinterest
Ярлыки: Novosibirsk