Museum of Nikolas Roerich in Novosibirsk and Verkhniy Uymon, Altai

Nicholas Roerich, also known as Nikolai Konstantinovich Rerikh (Russian: Никола́й Константи́нович Рéрих; October 9 1874 – December 13, 1947), was a Russian mystic, painter, philosopher, scientist, writer, traveler, and public figure.
I love his paintings very much. His style is unique and recognizable, it's impossible to mix him up with someone else. As to his philosophy, I hadn't been interested in it much until recently. Perhaps it's my 'middle age' crisis, or I just reached the age when one starts some spiritual search for the meaning of this life, or mere coincidence, but somehow I feel that Roerich's philosophy and view of life is close to me. I haven't read any of his literary works yet, and I haven't read any of the works of his wife, Elena Roerich, but I'm definitely going to. Their philosophy is not completely Christian, and many true Christians say that the Roerichs were even opposed to Christianity, but to my mind its basic principles coincide with Christianity and all other common religions, as it is based on the principles of love and peace.
I don't want to dwell on the philosophy much, as I'm not an expert in it.


Here's what Wiki says about Roerich, and in case you get interested, you may easily find out a lot about him in the web and in many books published in all countries: http://en.wikipedia.org/wiki/Nicholas_Roerich
And a couple of other links: http://www.roerich.org/
http://www.roerich.ru/index.php?r=1280&l=rus


I wanted to write this post because I like Roerich's museum very much. Up to now I've visited two of them, though there are a lot more all over the world. I visited the one in Novosibirsk and the one in the village Verkhniy Uymon in Altai Mountains, which is something of a subsidiary of the museum in Novosibirsk. Both museums were built at people's initiative and financed by private investors. Both of them are not art galleries. Visitors can see some of Roerich's pictures there, but they are all replicas. However, there are genuine Roerich's pictures in our city, too. The exposition is located in our Arts Museum.

Nikolas Roerich is famous in our city and in Verkhniy Uymon, because he stayed in both places during one of his Altai-Himalayan expeditions. In our city he stayed just several days and in Verkhny Uymon he stayed nearly a month, wishing to find the mysterious land Belovodye.
I visited the museum in Novosibirsk about a year ago and since then I was dreaming about visiting the second one in Altai. Somehow I felt I had to do it, it was my soul's demand, I cannot explain it in other words. Even my husband, who is an atheist and doesn't believe in any mysterious and magic things, was eager to do it (we went to the museum in our city together). Enlightenment - this is how I can describe my impressions of both museums. And the feeling of deep peacefulness in my heart and soul. The same feeling appears when I look at Roerich's pictures.
Even my sons, who were 6 and 4 in summer, were impressed by the museum in Verkhniy Uymon and didn't want to leave it. It was a kind of a shock for me, when both of them were watching the video about the Roerichs, which lasted nearly an hour, without wanting to run away or do some sorts of crazy things.
In both museums there are shops where one can buy spiritual books, for children as well, CDs with spiritual music and views of nature landscapes, mainly Altai and Himalayas, calenders with replicas of Roerich's pictures and a lot more. This shop is now one of my favourites in our city.

One of the most famous Roerich's contributions to the world culture is the Banner of Peace: http://en.wikipedia.org/wiki/Banner_of_Peace
It is depicted on the building of the museum.
The museum in Verkhniy Uymon is situated in a wonderful place. No wonder that Nikolas Roerich chose it and created a lot of beautiful paintings there. The museum has complicated history. Located in a house of a former rich farmer, it looks exactly the way it used to look like when the Roerichs stayed there, though the house was almost completely destroyed during the hard period of the de-kulakization and the civil war in Russia. The locals together with the members of the Roerich Society did a hard job to restore it and now the museum attracts thousands and thousands of visitors from all over the country and other countries.
The atmosphere there is so peaceful and welcoming that one doesn't want to leave it. We stayed there nearly 4 hours, and now, when I sometimes think about my old age, I feel like going to live there. My husband agrees with me:)
We were going to Altai in summer anyway, and luckily Verkhniy Uymon is situated exactly where we wanted to go - Ust-Koksa District of Altai Republic, not far from Multa Lakes (I wrote about them already). The village is about 800 km from Novosibirsk, but we had no regrets at all we had to drive so far! The travel is definitely worth making. The village is inhabited mainly by Old Believers who came to live there several centuries ago. There are many villages of Old Believers in Altai, and they manage to preserve their centuries-old traditions. They even talk in a different manner! We were buying cakes from a local lady and she was speaking as if she was telling us an old Russian fairy tale. 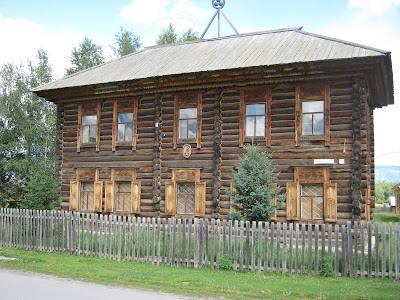 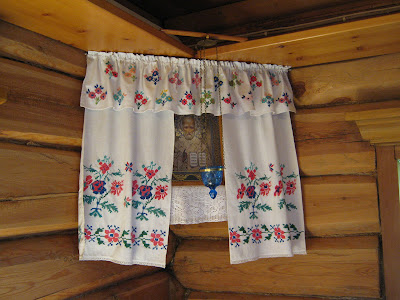 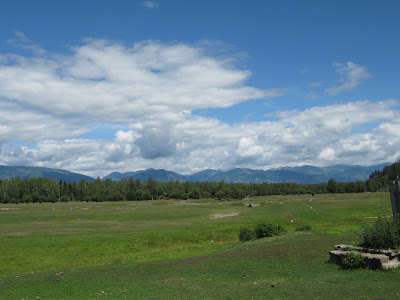 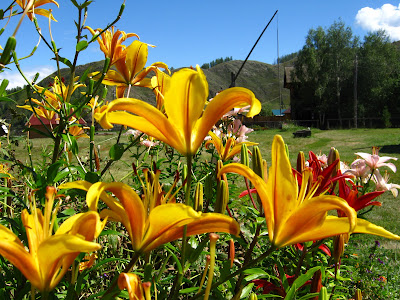 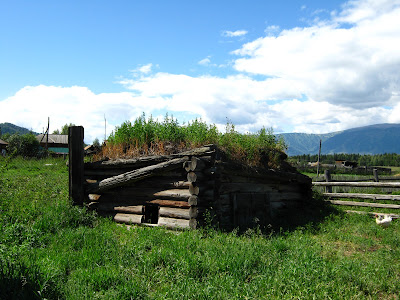 About two houses from Roerich Museum there is another museum, not connected with the first one either legally or administratively, but they have a lot in common. In fact, we liked the second one even more. It's the museum of Old Believers, their traditions and way of life. The museum was organized and is now managed by an amazing lady, Raissa Kuchuganova, a resident of Verkhniy Uymon, a teacher in a local school and a brilliant expert in Old Belief. I suppose she's the one herself, and her manner of speech is simply fascinating. She gives a separate tour of the museum, which consists of two rooms only, and a kind of a performance for each visitor. My kids, who normally cannot sit still for more than 5 minutes, were overwhelmed by the story and didn't even try to run around, shout or make a fight. Again, I couldn't believe to see my husband so sentimental and loving after visiting the museum. Along with the stories about old believers the lady spoke a lot about love, respect, family relations, about all these general things we often forget in our day-to-day life. For me the visit to the two museums was something like a visit to a psychologist, a psychotherapist and a priest all in one. When I came back home I told my friends and relatives I recommend these museums to everyone who has problems in life or just doesn't know what to do.
And I can very sincerely say that the visit to the museums somehow changed my life. 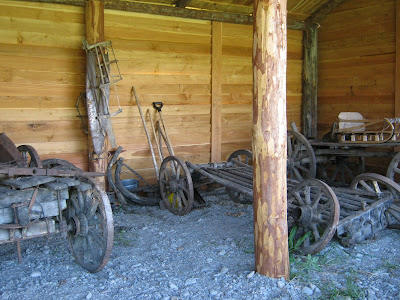 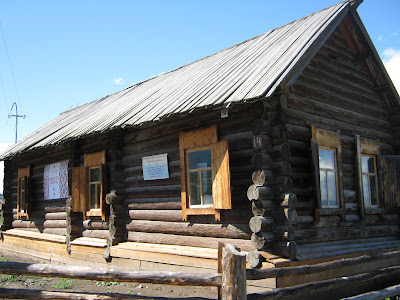 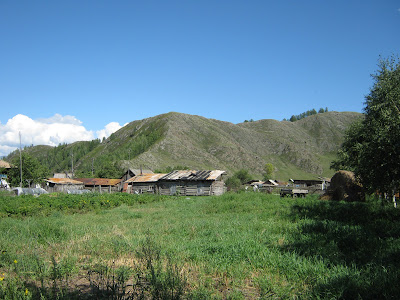