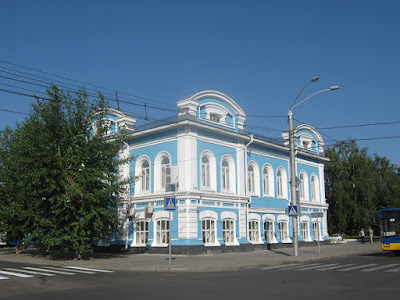 Barnaul is a capital city of Altai Kray, 200 km to the south of Novosibirsk.
https://en.wikipedia.org/wiki/Barnaul
It was granted the city status in 1771. Located off the river Ob, it is currently home to 635 530 people, which makes it the 21st biggest in Russia.

It was founded as a settlement around the silver-molding factory belonging to the famous merchant Demidov. Today it is a big industrial, cultural, medical and educational center. There are 5 theatres, 10 museums, 9 state and many private universities, 24 research institutes and plenty of architectural monuments from the 18th-20th centuries. The old part of the city is preserved very well, the municipality takes care of a lot of the buildings, and in some of them small and cozy museums are hidden. One of them is called 'The Mountain Farmacy', a unique museum of farmacy business sharing the building with the restarunt with the same name and a real farmacy or rather a souvenier shop offering herbs, herbal cosmetics, oinments, vitamins, honey from Altai mountains and many other products for health and beauty. 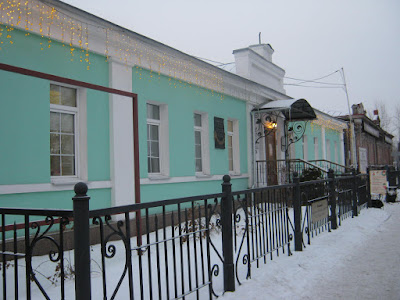 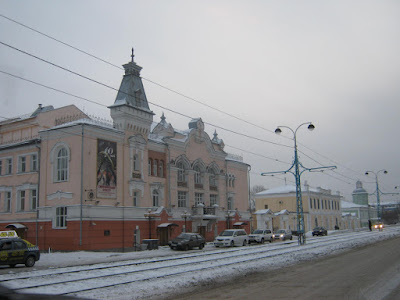 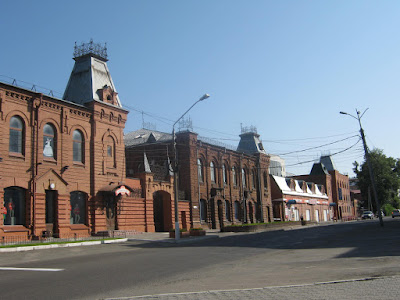 As Barnaul is so close to Novosibirsk, day trips are possible, but I'd recommend spending at least one night there. There are numerous restaurants and clubs in the city, and there is a water amusement park, which makes the city so attractive for Novosibirsk residents, who still lack it.
The water amusement park is located in a big shopping mall in the outskirts, but it is easily accessible by public transportation. You can stay there 2 or 4 hours or even the whole day and enjoy 4 water slides, a large pool for adults and two pools for little ones. At an extra payment you can visit the SPA center with various hot rooms. 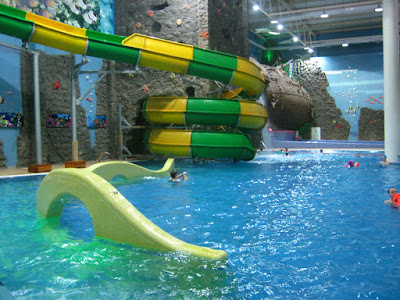 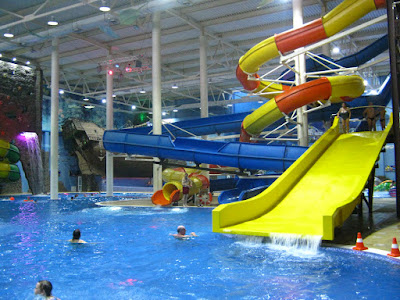 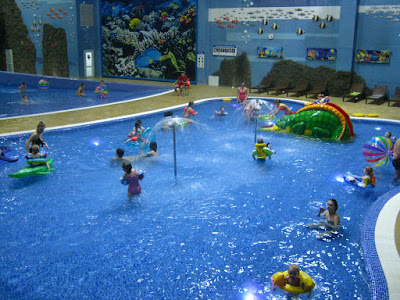 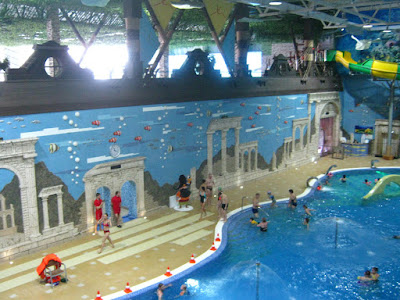 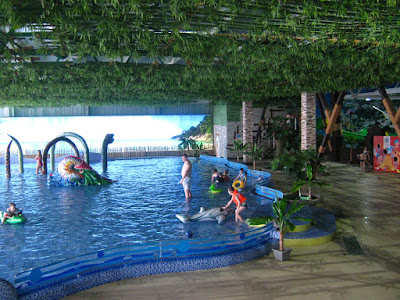 After the water amusement park you can have a nice meal in one of many restaurants in the shopping mall or go back to the downtown and find a place to eat there.
Walk along Lenin Prospect, turn to one of the nearby streets, have another drink in one of cozy cafes.
Barnaul can be also a good interruption on your way to Altai Mountains. It is only 150 km away from Biysk (http://mytravelog.blogspot.ru/2010/12/biysk-siberian-peer-of-stpetersburg.html), so you can cover both destinations within one tour. 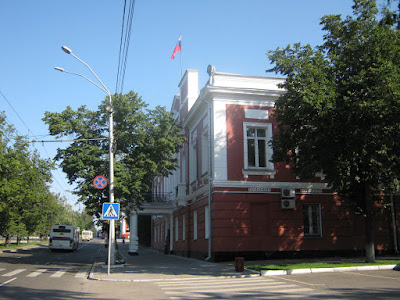 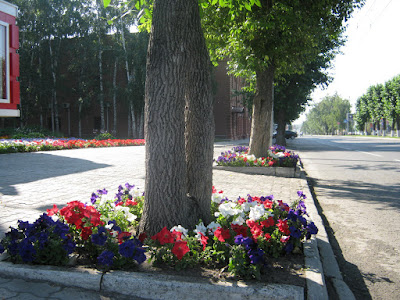 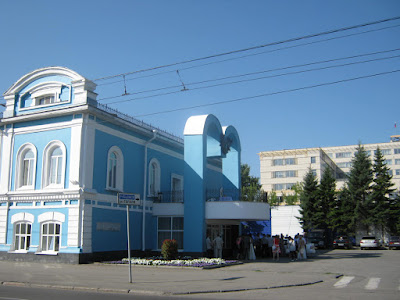 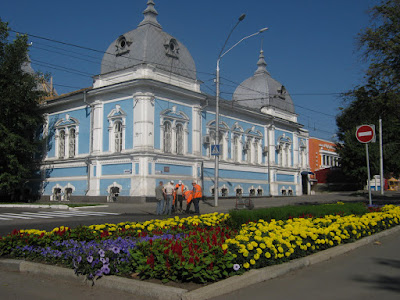 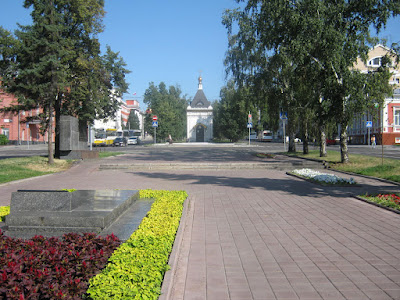 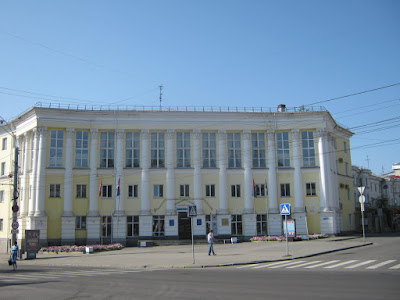 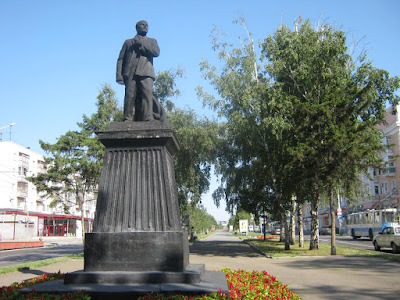 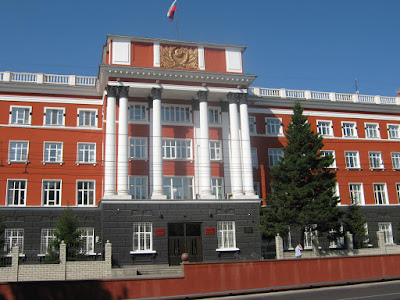 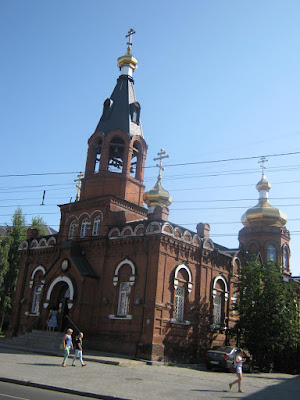 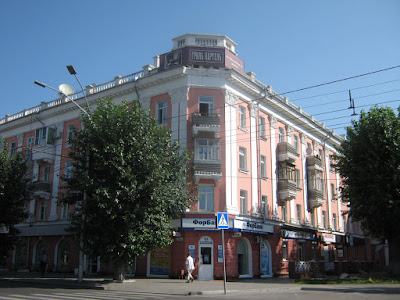 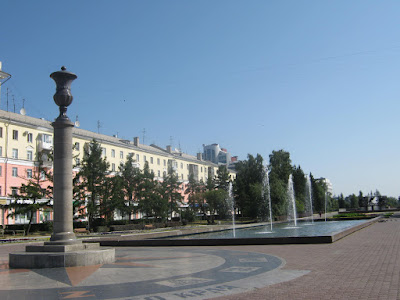 Email ThisBlogThis!Share to TwitterShare to FacebookShare to Pinterest
Ярлыки: Cities in Siberia