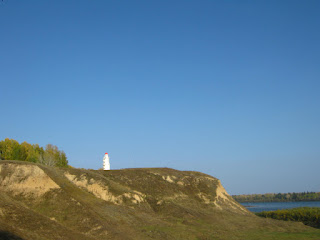 If you try to look for Ruyan City on the map, whether paper or digital, you will fail or you can find one Ruyan, but not the one this post is about.
For Ruyan is not a real city, or rather it is a city existing as an idea, in one guy's imagination. It is not a hotel, not a summer camp, not even an eco-settlement. 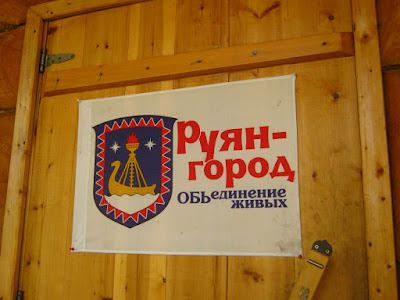 If I understand it correctly, once upon a time an Alexander Kravtsov , a successful businessman and owner of the company 'Expedition', possessing a chain of shops selling merchandise for travelling and outdoor activities and a chain of restaurants of northern Russian cuisine, and a crazy and devoted traveler and organizer of trophy expeditions, visited Island Ruegen in the north of Germany, where slavic tribes used to live many centuries ago. It's quite a long story to try and write it here, besides, this part of the Slavic history an obscure one, so if you are interested, you can read basic information in the internet: https://en.wikipedia.org/wiki/Rani_(Slavic_tribe)
So let's return to Alexander Kravtsov and Ruyan City. I guess he was so impressed by the Island Rugen, and there is a lot to impress a visitor there, and by the way of living of the ancient Slavs, that, traveling across Russia, and he travels across Russia a lot, when he found himself standing on a high left bank of the River Ob somewhat in the middle between Novosibirsk and Tomsk, he was stricken by the similarity between the place and cape Arkona, the most northern part of Ruegen. So he decided to build a city here, or rather a place where Russian smart minds would share their ideas, hold trainings and workshops and just relax far from their dusty and busy offices. 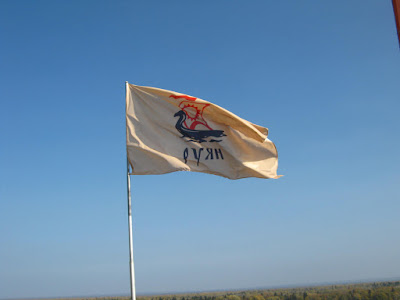 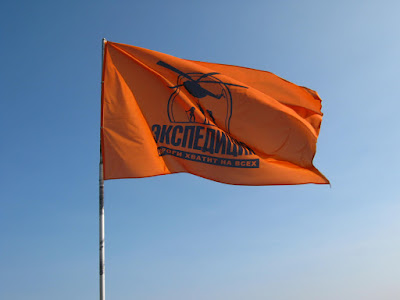 At least this is how I see the place. The website  http://ruyan-gorod.ru/ gives little explanation of the idea, but there are detailed directions helping a visitor to find the place, so one nice September day we visited it. 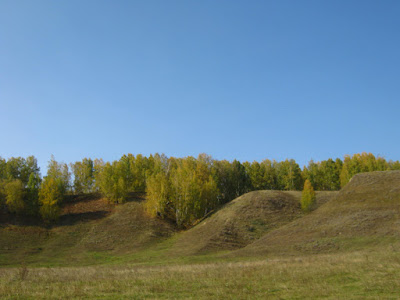 It is really nice there, very peaceful and quiet. I haven't seen a lot of similarities between this place and Ruegen, and I visited Ruegen in summer 2013, but both places offer a fantastic view of the surroundings. 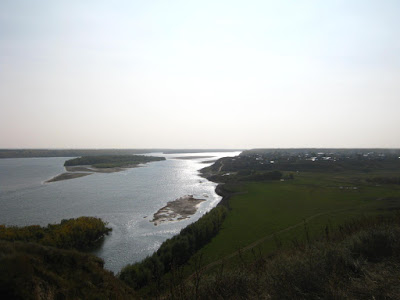 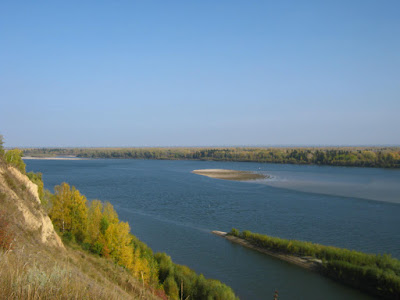 Only in Ruegen you contemplate the Baltic Sea, while in the Siberian Ruyan you are thrilled looking at the Ob River Valley. And there mosquitoes in Siberia, of course!
There is not much of a city there, just a sound wooden house, perhaps the one for trainings and workshops, a banya, a place for grilling, three yurts, a monument to Yury Gagarin, the first man in the outer space, a nice wooden church very similar to those in Kizhi, a lighthouse and some other scarce objects. 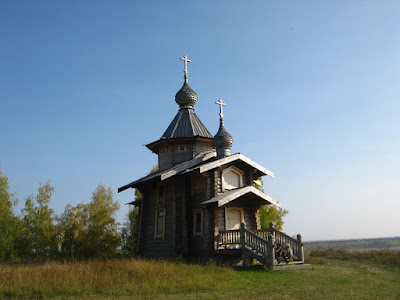 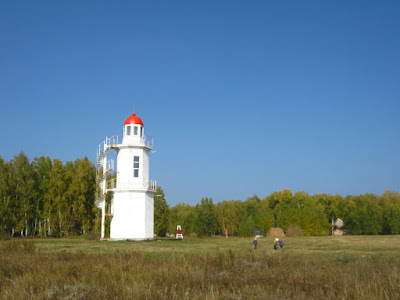 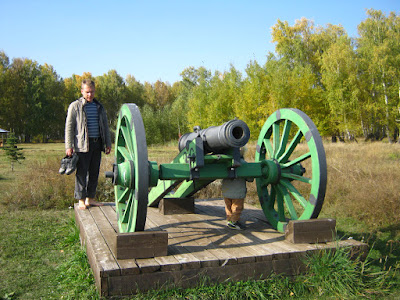 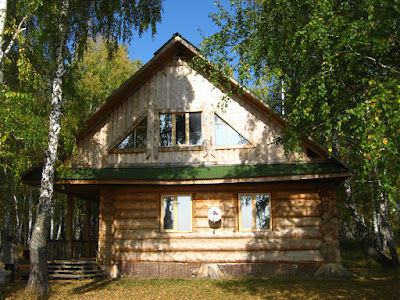 Despite we were there on a nice Saunday, there were just a few other visitors there. I guess there can be more in the middle of summer, as the river beach is very nice and the forest looks like rich in mushrooms and strawberries. 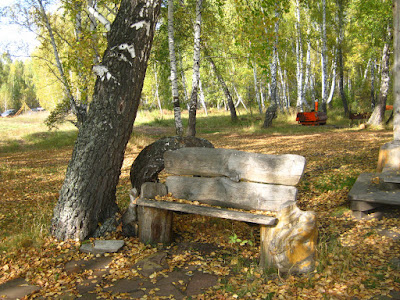 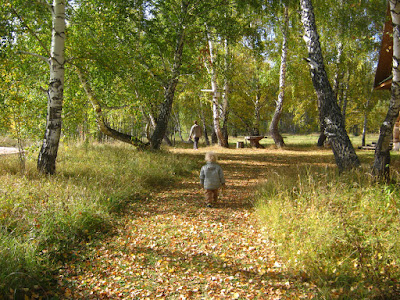 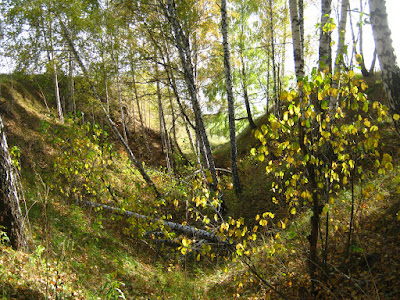 So I recommend visiting the place. It can be one of the intermediate destinations on the way from Novosibirsk to Tomsk or the other way round. the place lies only 1 km to the north of the village Urtam and approximately 10 km to the south of the bigger settlement Kozhevnikovo. 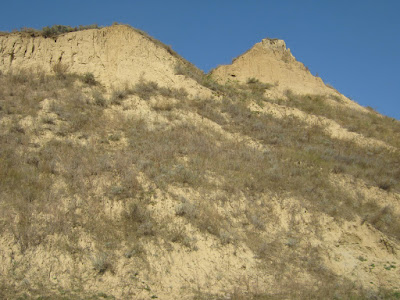 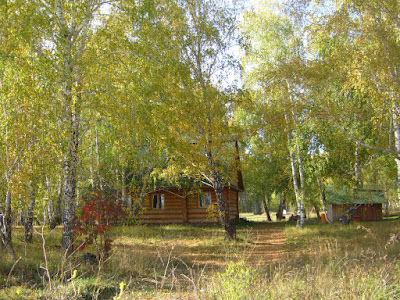 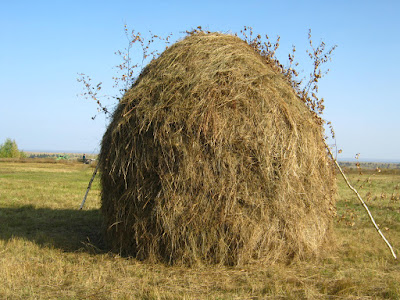 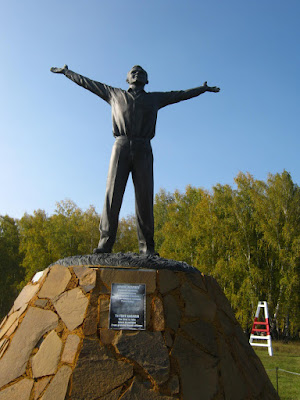 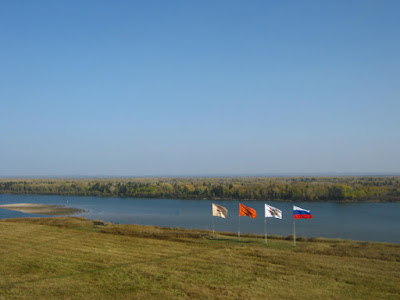 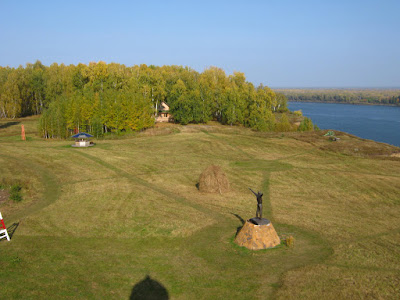 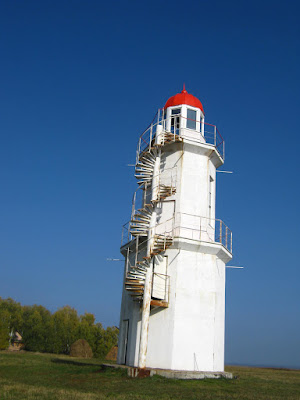 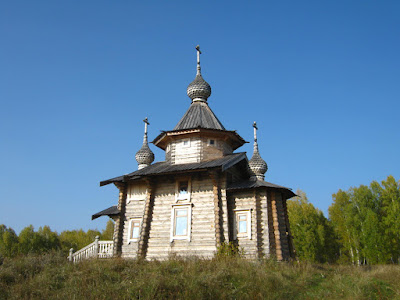 Email ThisBlogThis!Share to TwitterShare to FacebookShare to Pinterest
Ярлыки: Other destinations, Russia, Siberia