Recently I've received an inquiry from a potential client, who is going to go on a sightseeing tour of Novosibirsk and who wishes to see the bald peaks of Bugotak after that. Though they are only 70 km away from the city, I never visited them as a destination and never had a chance to explore them in detail. So I didn't think long, and the last weekend I told my family we were going to see the bald peaks and maybe to have a small hike.


The peaks are situated near Gorny settlement, which was built in 1952 with a goal of mining. They still  produce road metal there, and in some places the air is full of white thick dust. The settlement used to be prosperous during the Soviet period, but now it looks poor and rather deserted. though it is just about 70 km from Novosibirsk, not many of its inhabitants are able to go to Novosibirsk to work, and there is no railway in the settlement. The railway in the south-eastern direction lies about 10-12 km from the settlement, so Gorny is only accessible by bus or car.
It took as less than an hour to get to the peaks. The road is quite good, except for a couple of places where it's either repaired or broken, but in general it's easy to get to the peaks by any car. You'd better have a good meal before going on this tour, as there are hardly any cafes and restaurants on the way, except for a couple of them in Gorny settlement, but the choice of food and drink is not especially good.
Bugotak peaks are a kind of an outpost of the huge mountain area in Asia, including Altai, Gornaya Shoriya, etc.
The peaks are about 300-400 m above the sea level, and only about 50-100 m higher than the surrounding surface. So they are perfect for easy and quick hiking. We had our children with us and they climbed one of the peaks just perfectly.
It was a wonderful spring day, rather windy and chilly, but it was sunny and dry. The peaks look lovely in spring, all covered with snowdrops and lungwort.
In general there are about 12 or more bald peaks in this region, some of them rather big and some of them are very small. One of them is a good place for downhill skiing, with all necessary equipment, and perhaps all of them are suitable for cross-country skiing. Several are located right in Gorny, but the whole range of these small peaks stretches for about 100 km. They must be covered with thick grass in summer and they say all the peaks are a kind of nature reserve with some very rare representatives of flora and fauna.
It should be added, of couse, that the peaks are actually not bald, or at least not all of them. Some of them are really bald with hardly any trees on them, but others are bald only on their southern side. 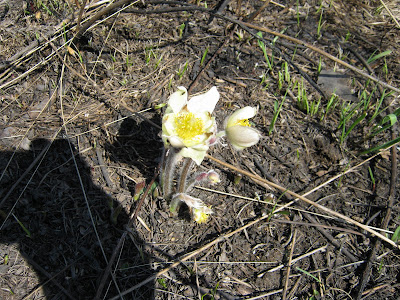 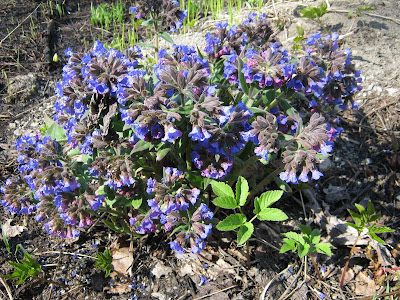 Interested? Want to make a small hiking tour on the peaks or just want to see them and feel the spirit of the mountains? Contact me and I'd be happy to be your guide to the peaks.
Автор: Olga Tkachenko на 09:52