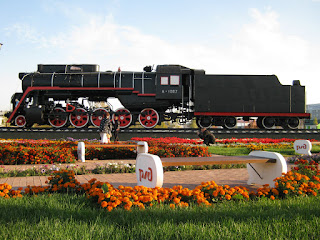 In September this year I visited Translation Forum Russia, a great event organized by professional translators and interpreters for professional translations and interpreters. The event is something special in itself, and a lot of reviews have already been written about it both by Russian and foreign participants. I’m definitely going to write my own review, too, and the next year I’m going to visit it again and perhaps make a report. The forum is a travelling one, i.e. each time it takes place in a different city. This year Kazan, an old Russian city where Moslems have always lived, welcomed the Forum. However, in this post I’d like to write about my travel there, and one of the coming posts will be about the event itself.

Novosibirsk where I live is on the Transsiberian Railway, and Kazan where the Forum took place is on the Transsiberian, too, about 800 km from Moscow in the Western direction. It is a city with the history of 1000 years, inhabited by Tartars who are Moslems, and Russians who came there under the Tsar Ivan the Terrible, conquered the city and destroyed a lot of Mosques. After that there was a constant fight between the Russians and the Tartars all along, but now the situation is quiet and peaceful, all people live happily together, but we felt somewhat strange in a city in Russia hearing people speaking a language other than Russian. 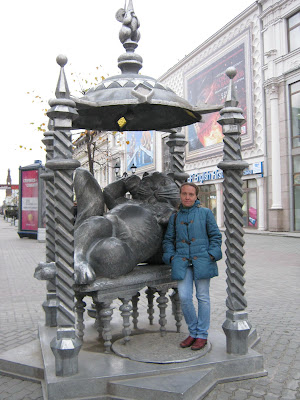 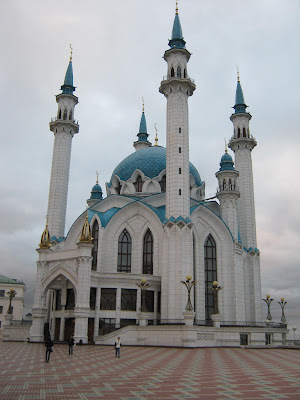 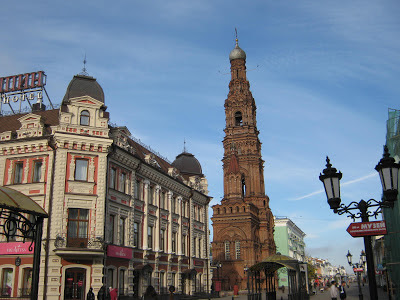 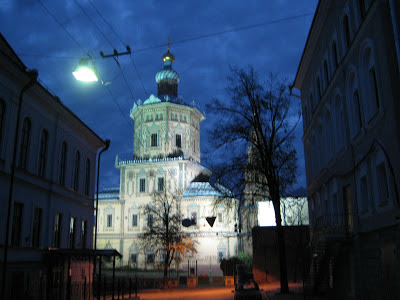 Kazan was my destination this time, but along the way I saw lots of railways stations, big cities, towns and villages, as well as remote lonely houses. When I was young I used to travel along the Transsiberian many times with my parents, but I forgot nearly everything. The travel from Novosibirsk to Kazan lasts 36 hours. You may think it’s a long way but the landscape is fantastic and I was not bored. On the way back I was lucky to see a couple of other places due to the time difference. The weather was changing from heavy rain to the bright sun, and once we were lucky to see the most beautiful rainbow you can ever imagine. And I was very lucky to travel in the end of September, Indian summer, golden autumn… 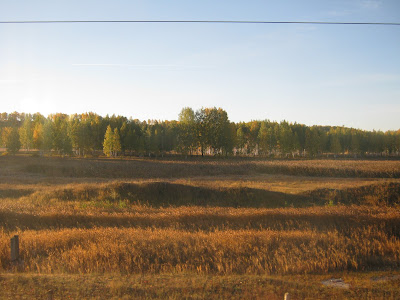 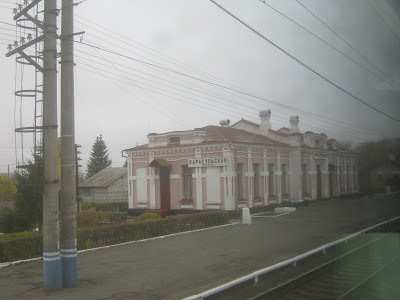 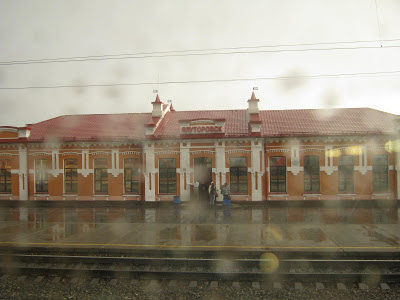 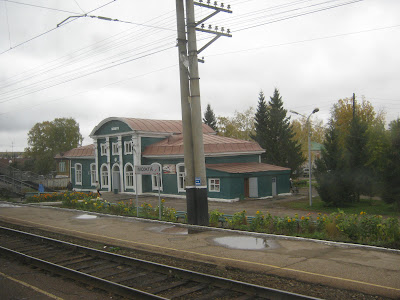 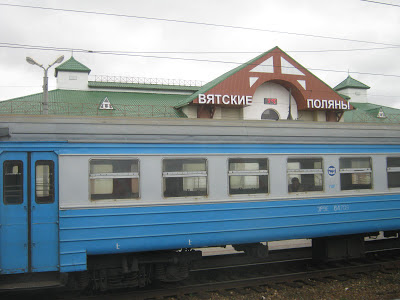 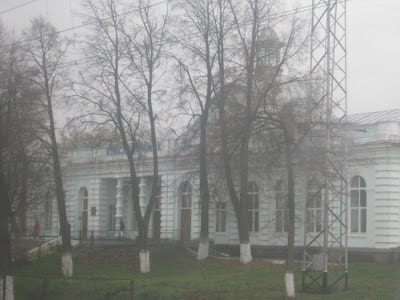 Of course, the way from Novosibirsk to Kasan is only a small part of the Transsiberian Railway, and, according to the general opinion, not the most scenic one, so many travellers prefer not to make any stops along the way, or just a few, usually in Kazan, Ekaterinburg and Novosibirsk. Only a few people prefer Omsk, Chelyabinsk, Tyumen or other smaller settlements. And there are travellers who prefer to fly to Novosibirsk or even to Irkutsk, skipping this part of the railway altogether. So it is my wish to show you this half of the Transsib for you to have an idea of its western part.
Happy watching! I hope my post will be a good incentive for you to travel along the Transsib and make a stop in Novosibirsk!
Автор: Olga Tkachenko на 20:10

Email ThisBlogThis!Share to TwitterShare to FacebookShare to Pinterest
Ярлыки: Me and my work