Seversk. Life in the Enclosure. 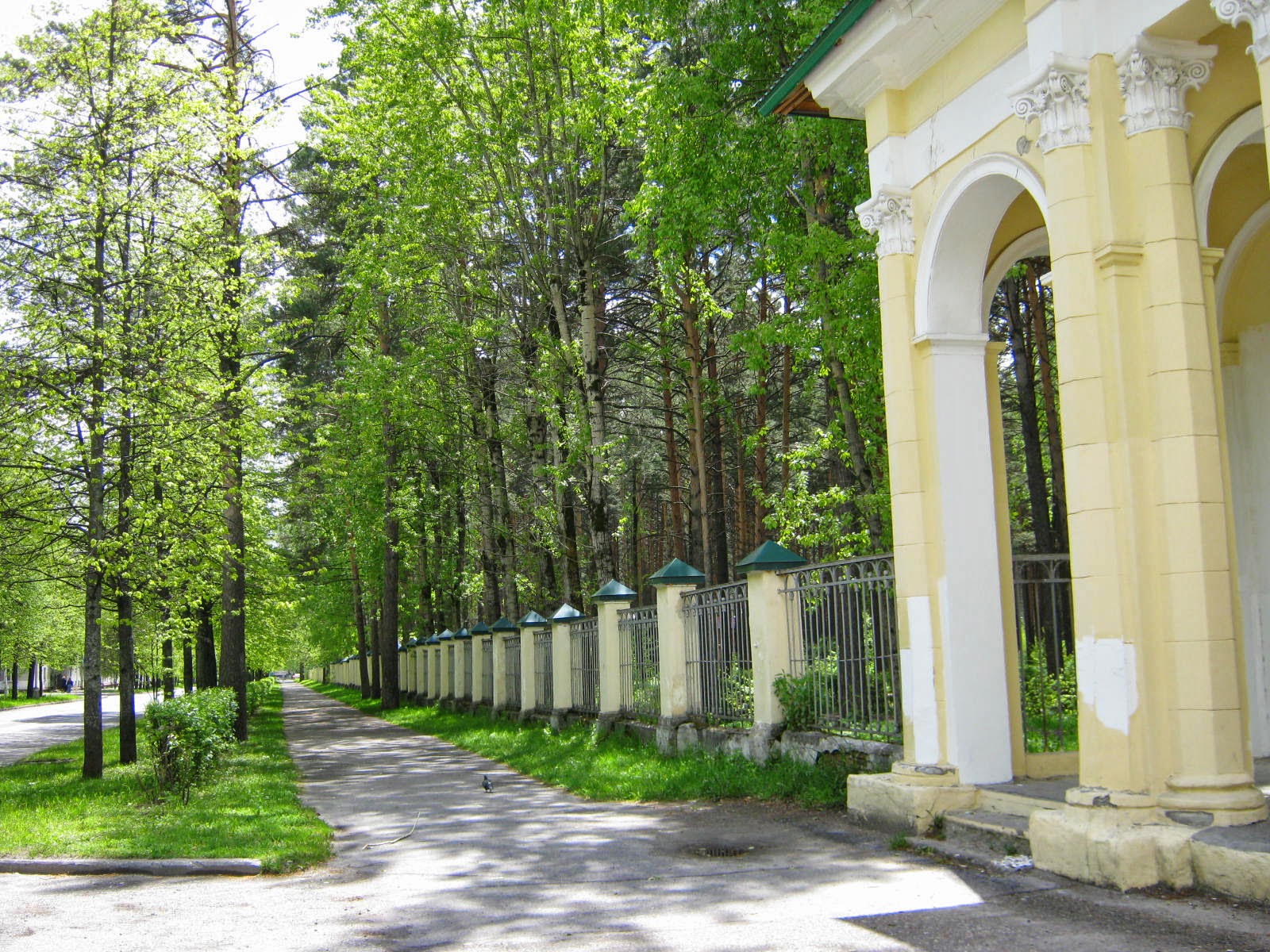 Seversk is a town lying several km to the north of Tomsk. Its population now comprises about 110 thousand people. Despite the town is not a very small one and has well-developed infrastructure, it is pretty unknown in Siberia, let alone in the rest of the country. In fact, only a few people even in Novosibirsk have heard of it, though it is situated approximately 270 km to the north of it. The explanation is somewhat mysterious – the town is a ‘secret’ one. 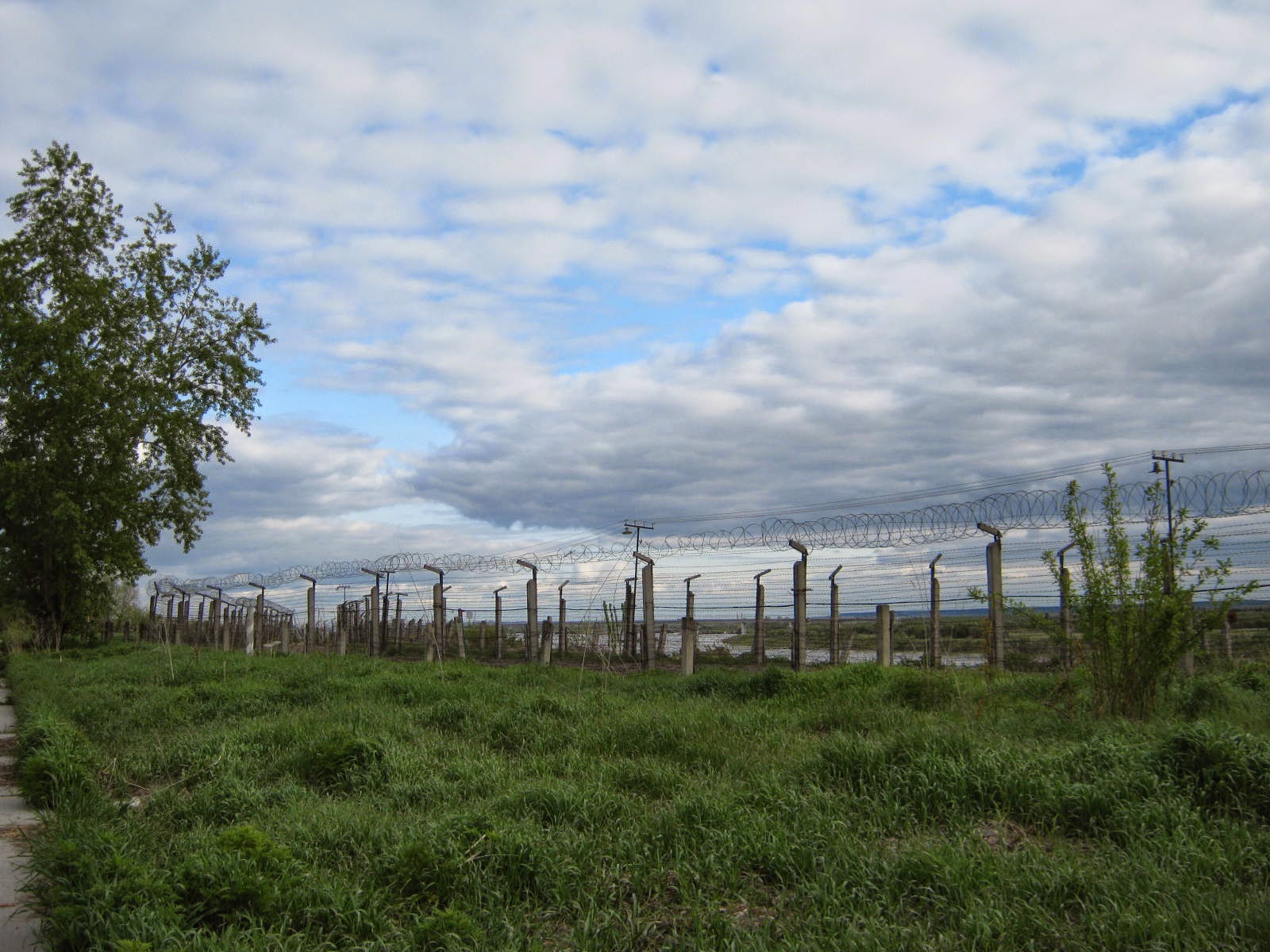 The official status of the town is ‘closed administrative territory’, and ‘closed’ should be understood in the literal meaning of this word: the town is enclosed by two lines of the barbed wire, between which armed soldiers march day and night at some distance from each other, exactly the way they do on the state border. 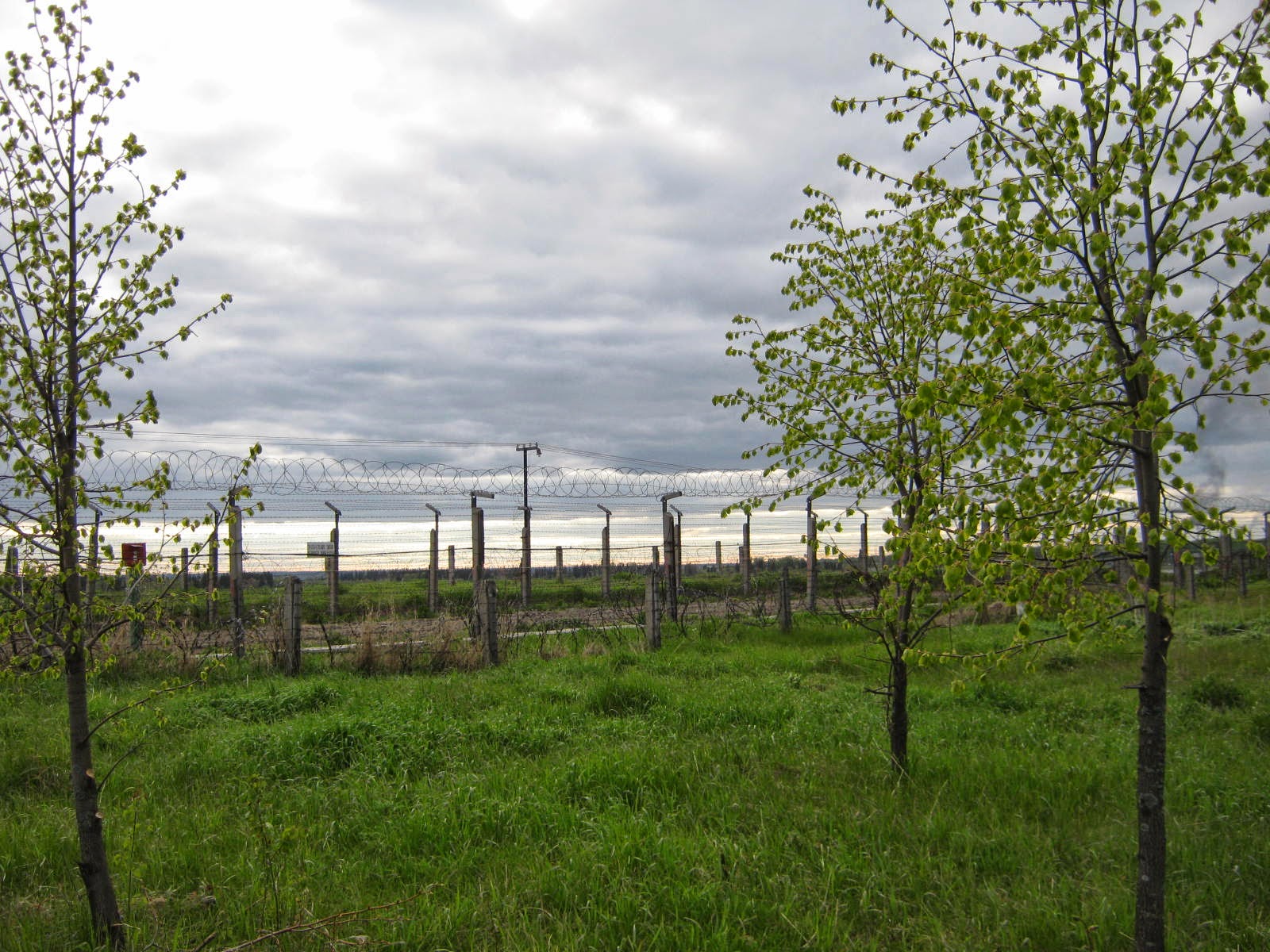 The locals say that each unauthorized attempt of strangers to cross the ‘border’ is punished in the strictest possible way – the solder can shoot twice – first in the air and then to kill. It is clear that one needs a special permit to visit the town, and the issue of the permit is in many cases much more complicated than the issue of a visa to a foreign country. To be able to get the permit one has to have sound reasons, and the corresponding papers should be sent to the special authority 45 days before the planned start of the visit. The permit issued to the town guests is valid for three months. The locals can get permits issued for their close relatives, but not for friends. Moreover, the locals must have permits, too, and always have them in case they leave the town to be able to get back. If they forget the permit, they have to undergo a special procedure to prove they really live in the town. So you see that things are really serious, and I think you want to know why it is like that. You can find some basic information in the Wiki: http://en.wikipedia.org/wiki/Seversk
The main and only reason of the secrecy is that Seversk is the site of the Siberian Group of Chemical Enterprises, founded in 1954. It comprises several nuclear reactors and chemical plants for separation, enrichment, and reprocessing of uranium and plutonium. Though the nuclear reactors are now shut down, the Siberian Chemical Enterprise still functions, so secrecy persists, however, not so strictly as during the Soviet period, when one didn’t even speak about Seversk, but about Tomsk-7. To get into the town, one has to cross the checkpoint. If you arrive by car, passengers should get off and cross the checkpoint on foot, while the driver drives through the gate and the car is subject to very strict control. If you arrive by bus, passengers get out and cross the checkpoint presenting their passports and permits, while the bus crosses the checkpoint empty.
My reason for a visit to the town was a very sound one, so I had an opportunity to look at the ‘secret’ destination with my own eyes.
This secrecy is both a disadvantage and advantage. I’ve stayed in the town for about two weeks, and during all this period I haven’t seen any tramps. 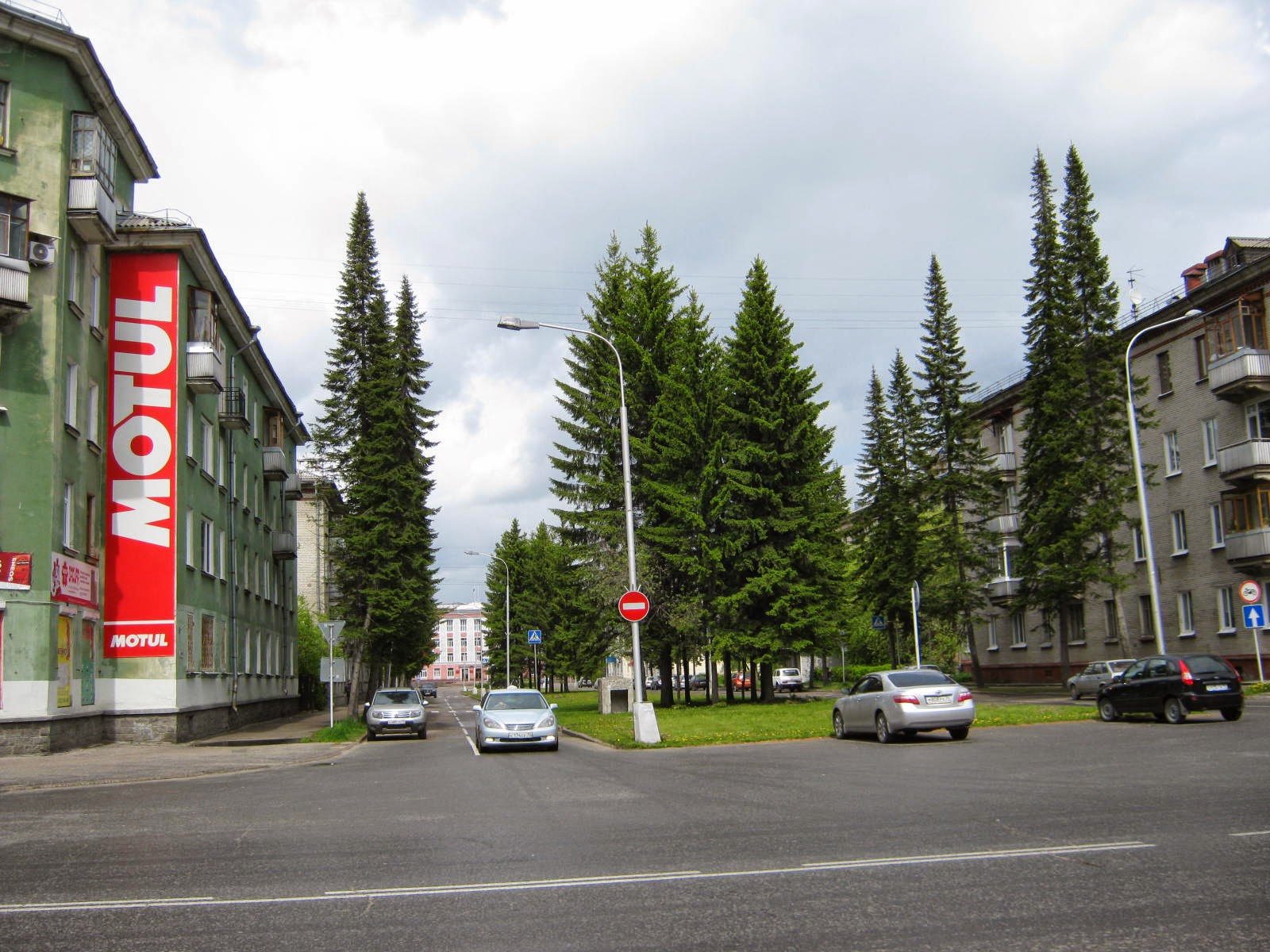 The traffic in the town is much quieter than in Tomsk and just cannot be compared with that in Novosibirsk. The town is clean, you can hardly see any garbage and litter in the streets. The town is very green, perhaps because of the chemical plants, but it is much easier to breathe here than in Novosibirsk, and the air is evidently cleaner. 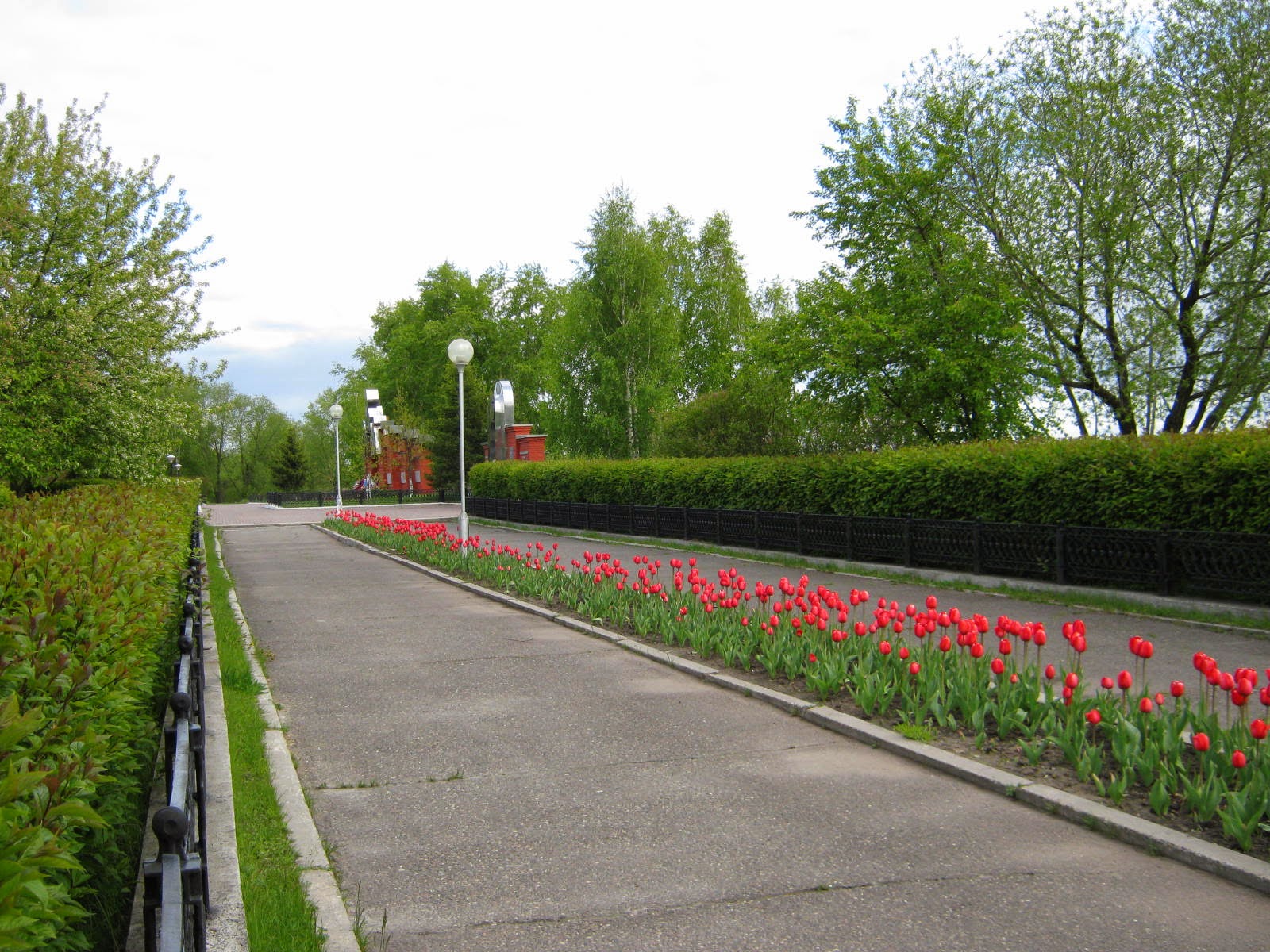 There are many beds of flowers, and, to my greatest pleasure, there are roads for bicycles and roller skaters. 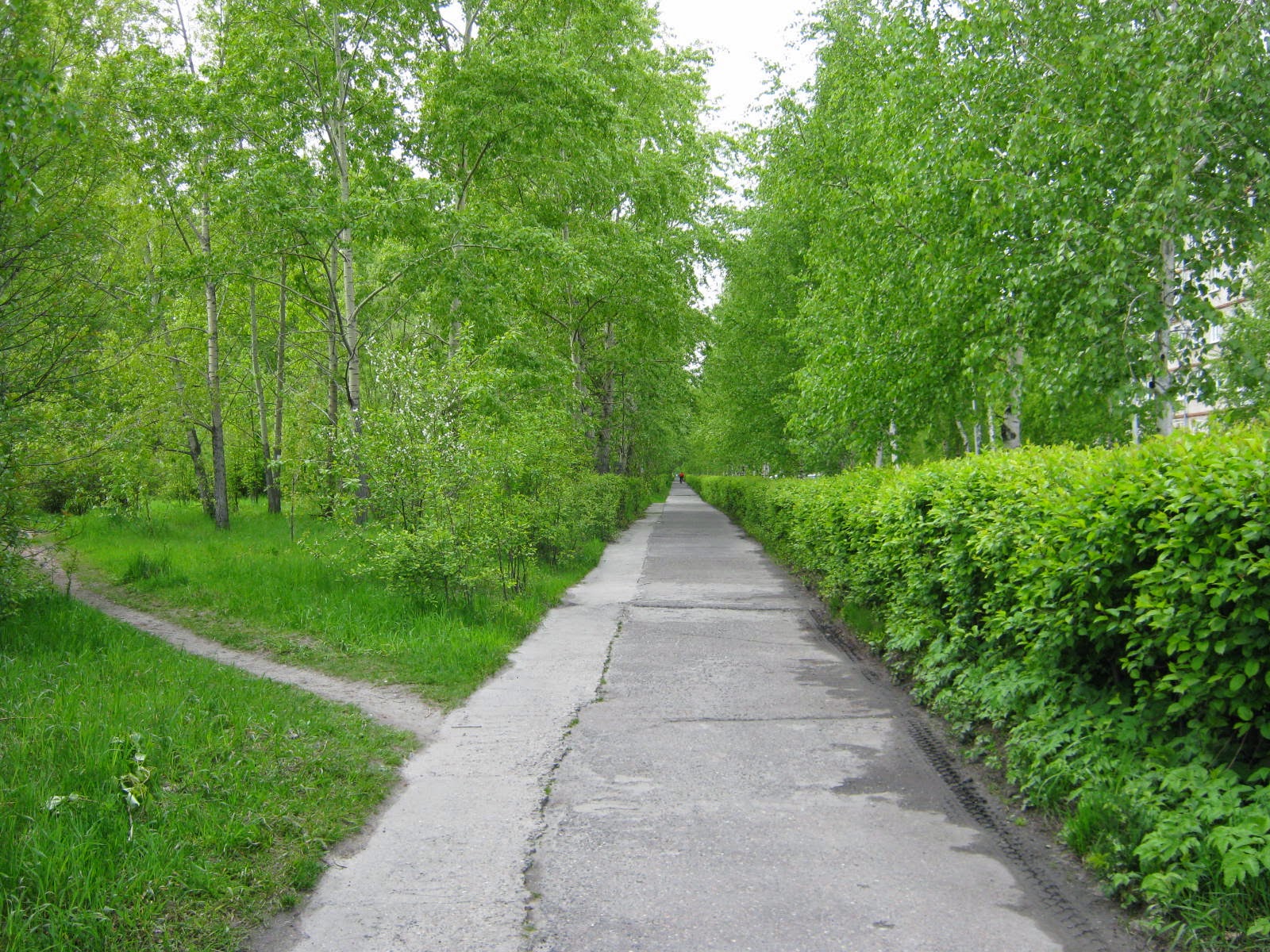 Despite the small size of the town, life is not boring here. 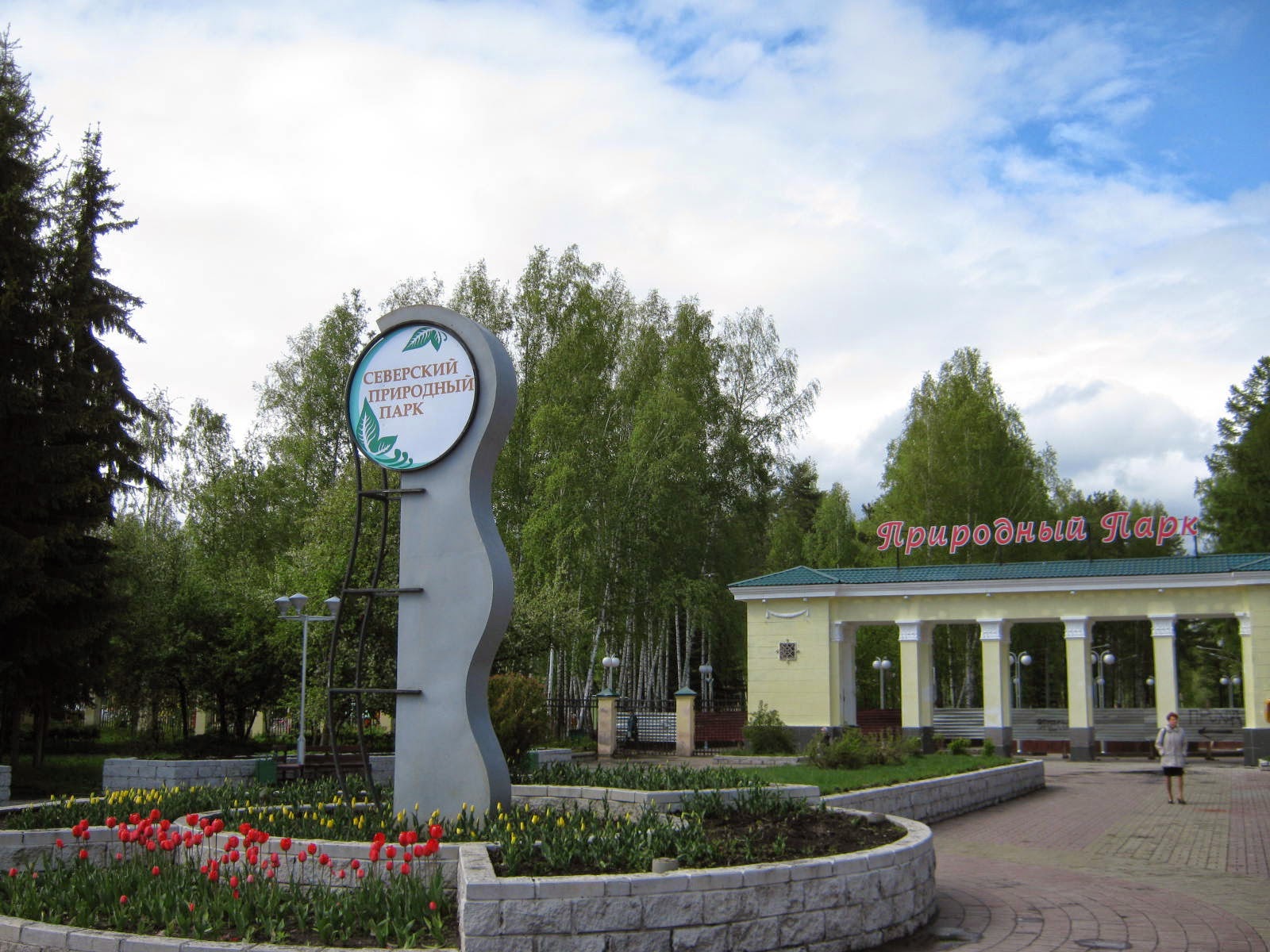 There are three theatres, some cinemas, a couple of museums, several sports centers and swimming pools, shopping centers and many small shops, a zoo and numerous cafes and restaurants with moderate prices, and, what we people from the noisy and dirty metropolis can appreciate, many parks and greenery. 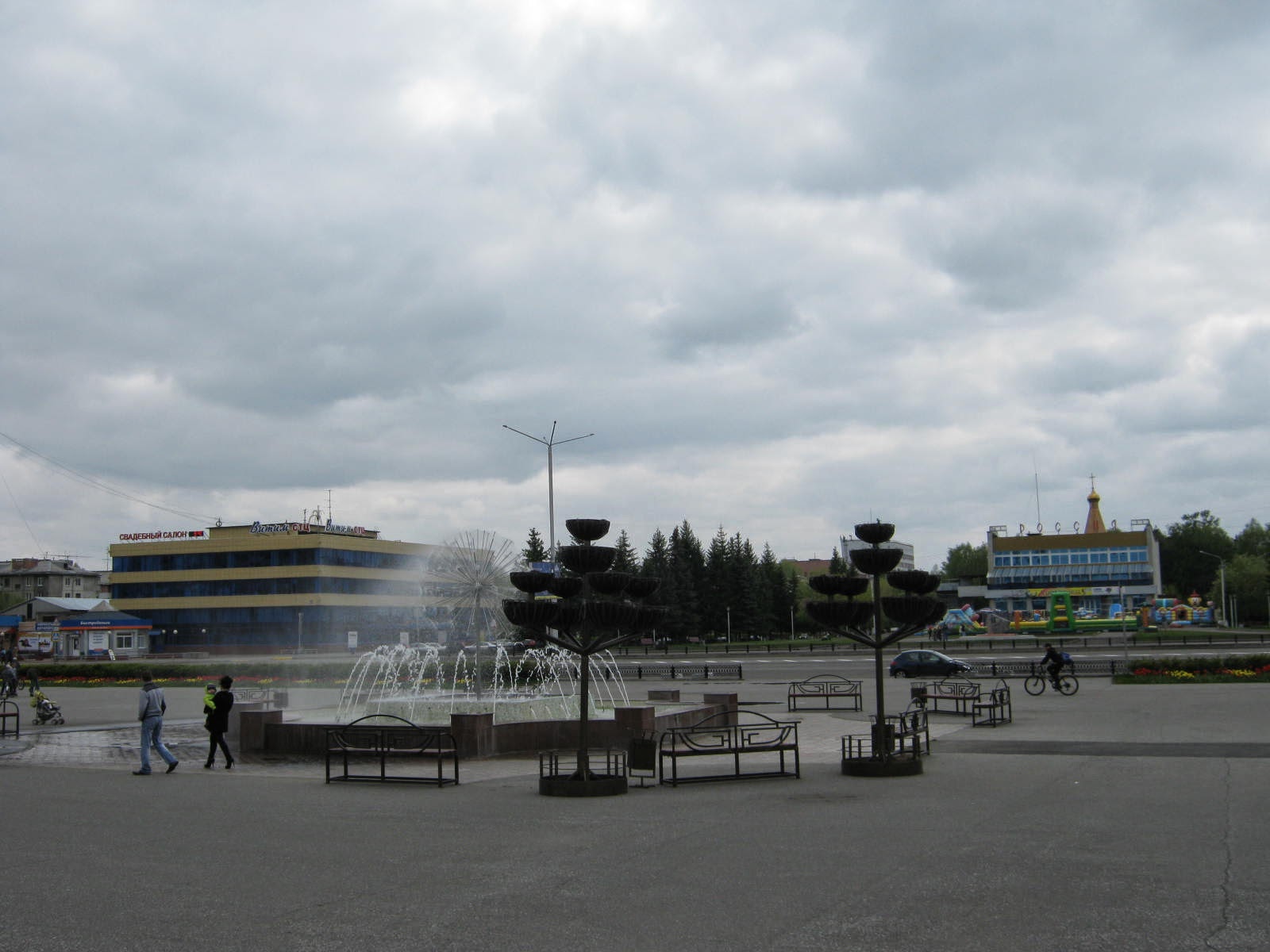 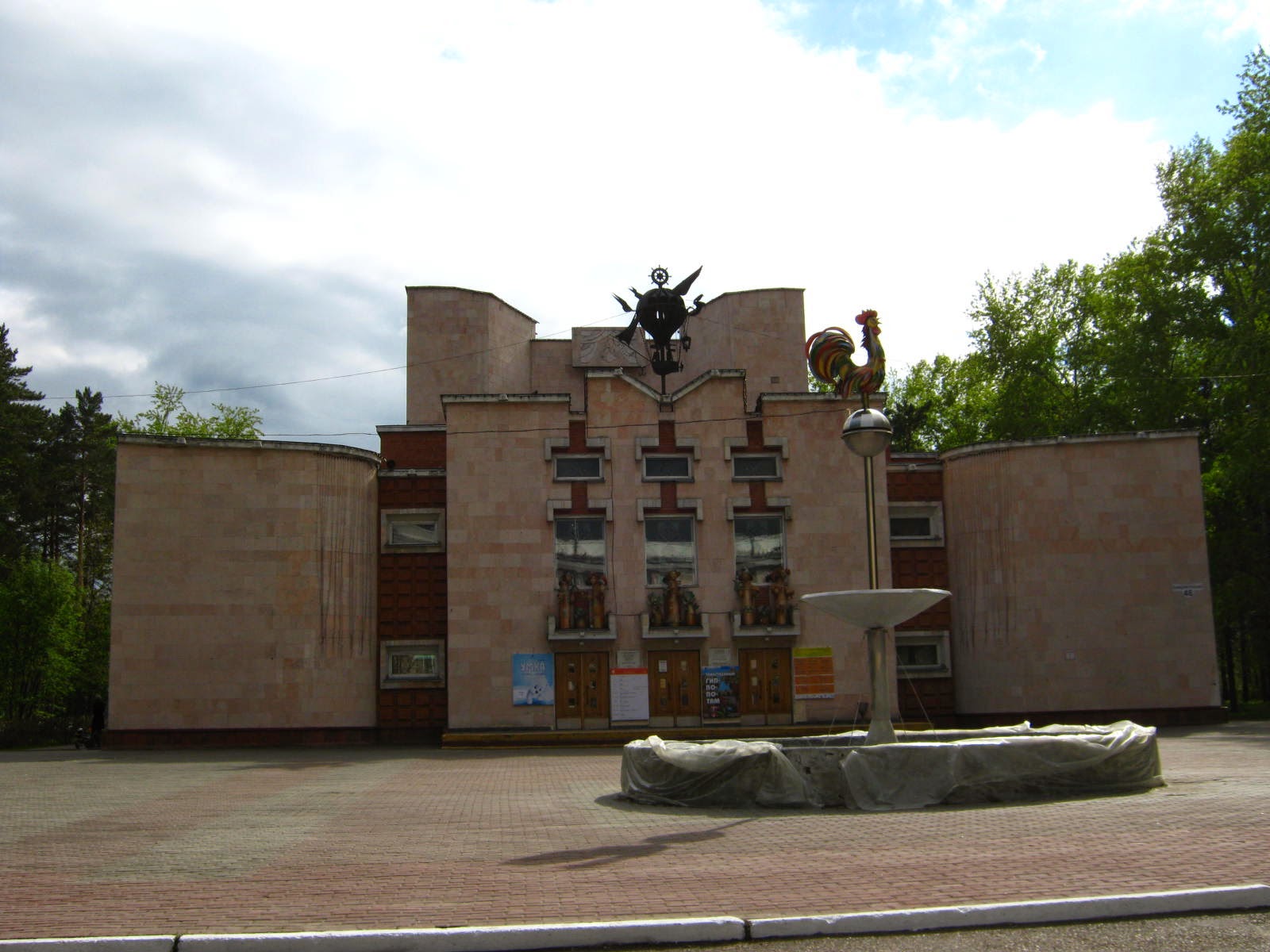 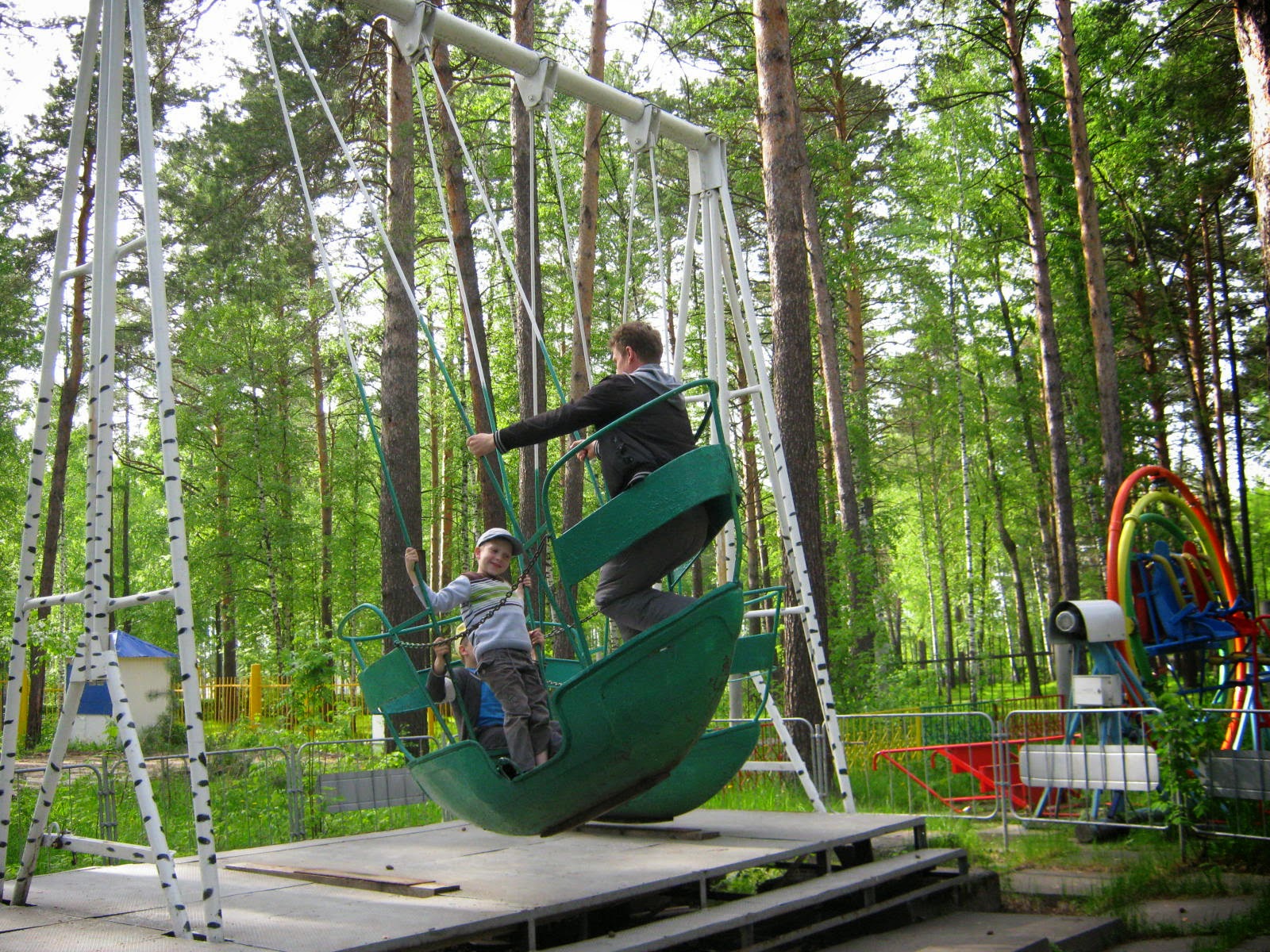 The town was founded in 1949, which explains its look with many building in Stalin’s empire style and more recent typical administrative and residential buildings. Like in all Russian settlements, there is Lenin Street and Lenin square here and, of course, several Lenin statutes, the one amidst Lenin Square being one of the biggest in the country. 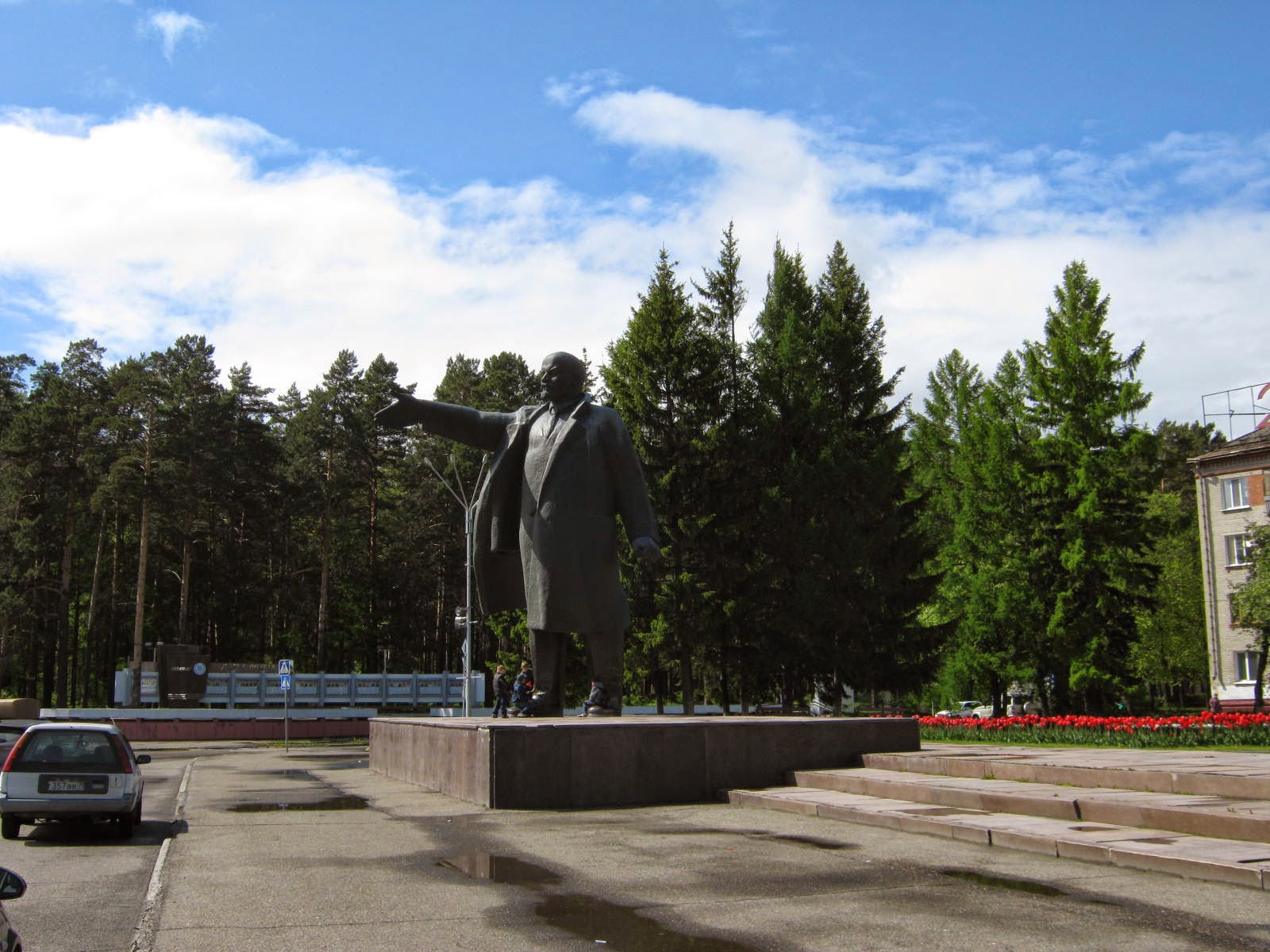 On the one hand, the town is quite a typical one for Russia, but its special status makes it definitely worth a visit. 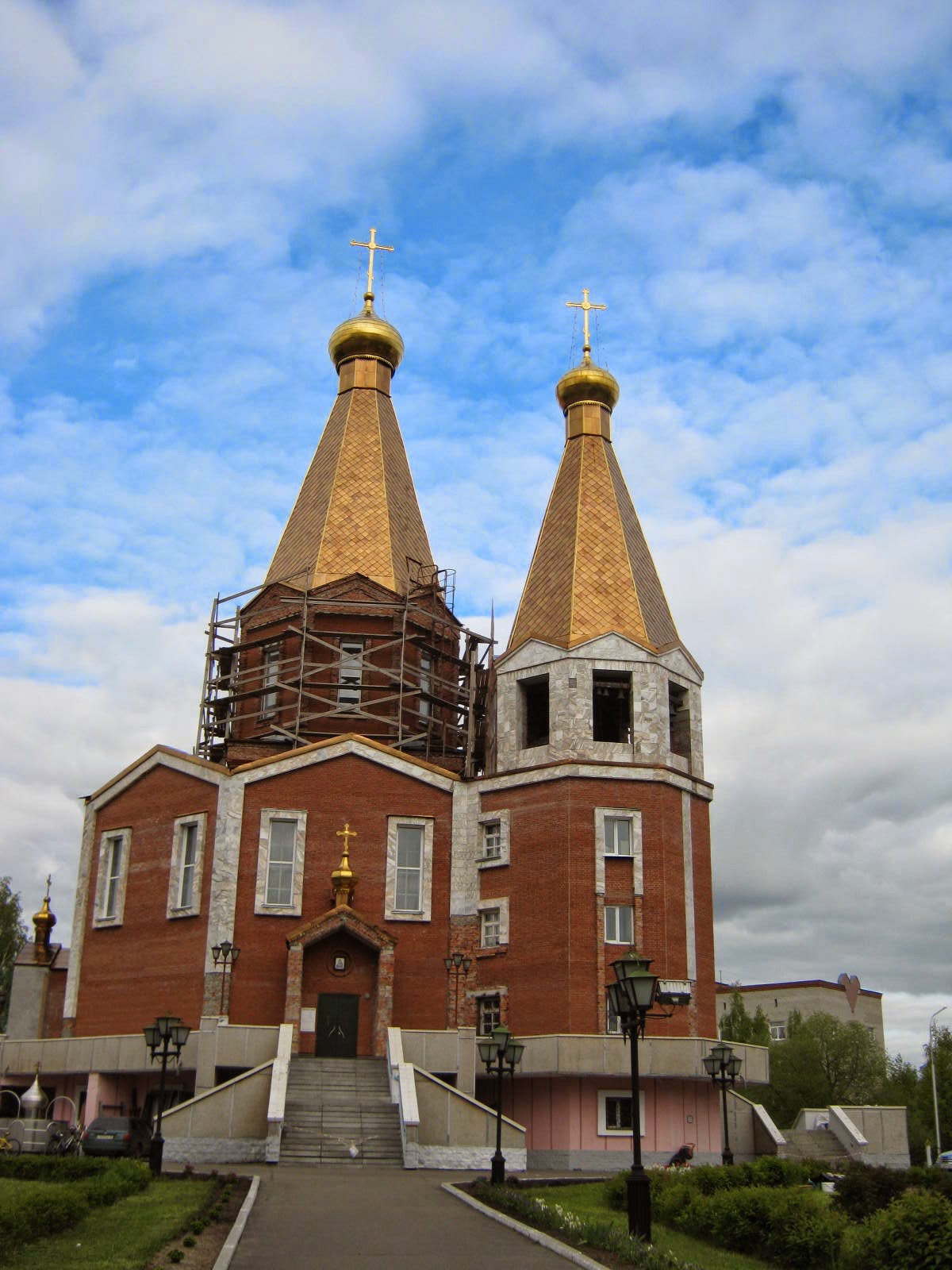 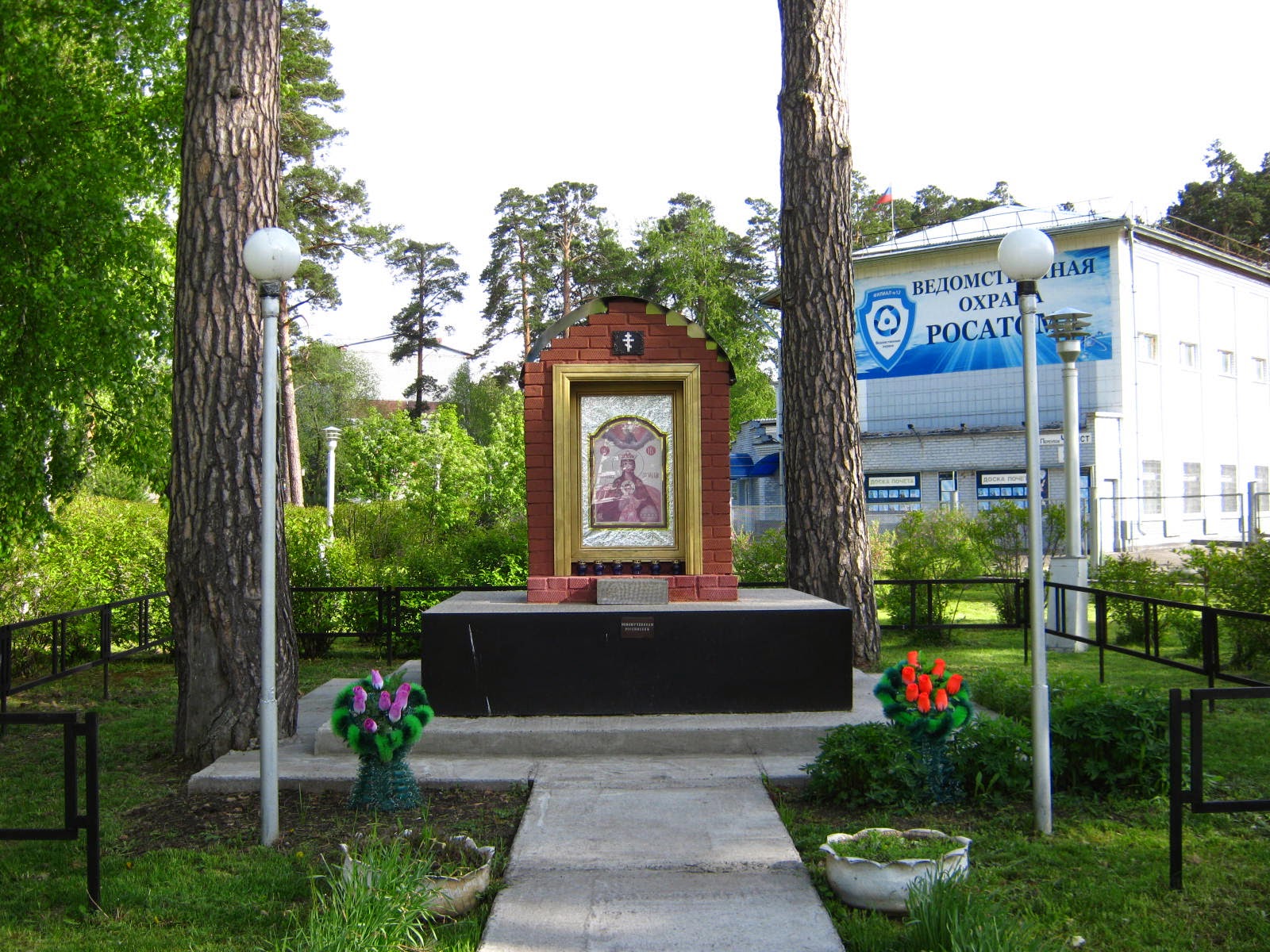 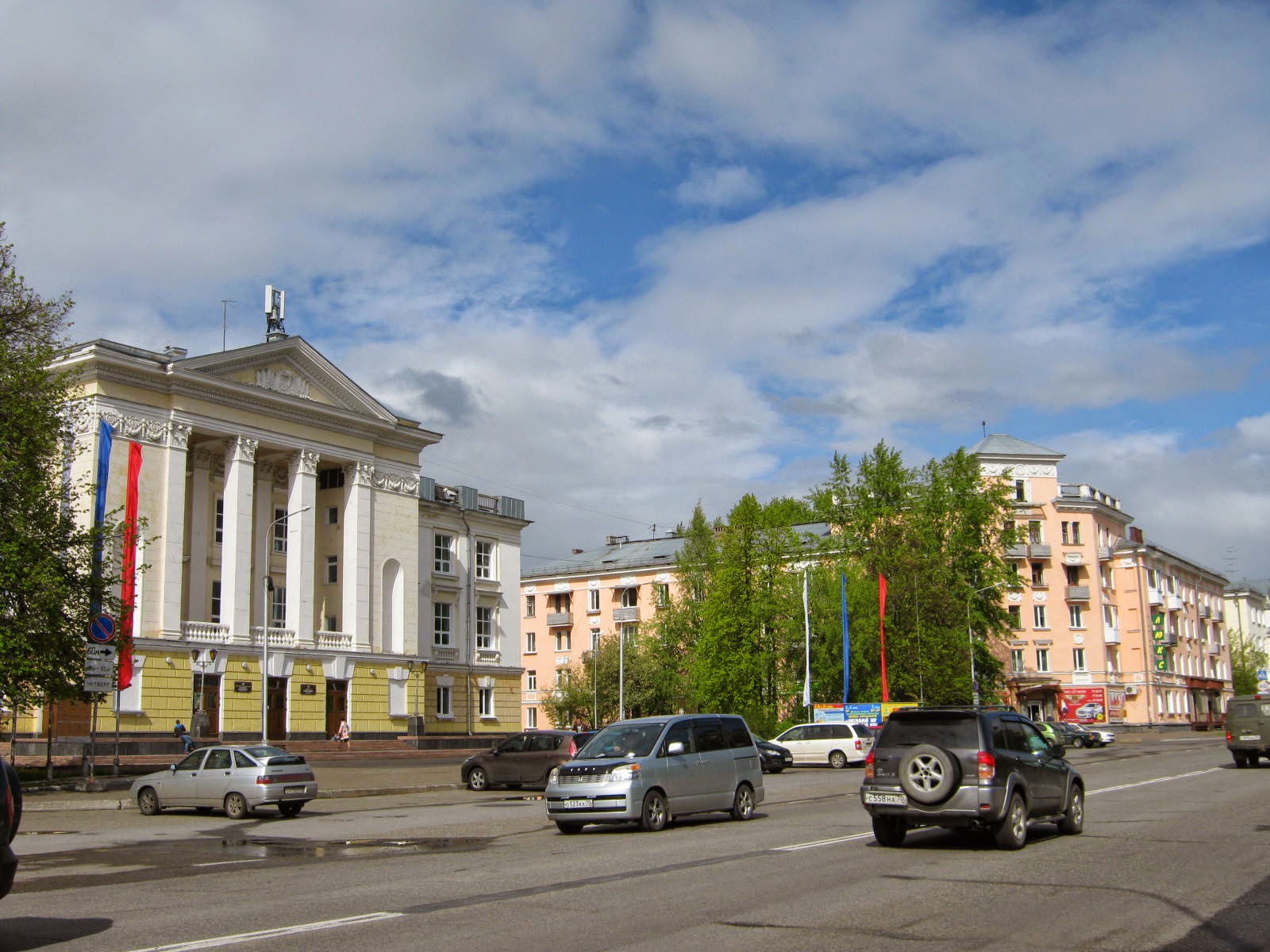