Kolyvan, a historical town next to Novosibirsk 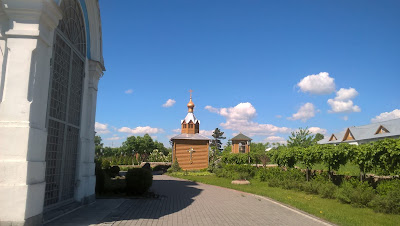 The settlement Kolyvan is one of the most interesting places in Novosibirsk Region and one of the oldest settlements in the region as well. Located only 30 km to the north of Novosibirsk and close to the river Ob, this settlement was founded much earlier than the Siberian capital, and it is definitely worth visiting if you are interested in Russian history and the history of Siberia in particular.

Kolyvan was founded in 1713 as a stockaded town on the river Chauss to protect the southern border of Russia in the Western Siberia from nomads coming from the south. In the beginning the town was very small and it was inhabited mostly by peasants who came from the western regions. It was called the Chauss Fortress, after the river flowing there. In 1719 it was already inhabited by Cossacks, who joined the peasants. As the town was never attacked by the nomads and the Russian border moved further to the South, the town lost its military functions, but still people continued to live there and very soon it became a trading town where many rich merchants lived.


The economic situation of the town seemed to be positive and promising, but in the end of the 19th century due to the construction of the Transsib the Tsar government decided to build the railway bridge over the river Ob and, unfortunately for Kolyvan, the surveys showed that it was unreasonable to build the bridge here, because in spring the width of the river increased up to 10 km there. The bridge was successfully built where Novosibirsk is situated now, and Kolyvan started to lose its significance.  The most merchants soon moved to Novosibirsk, called Novonikolayevsk at that time, and since then Kolyvan was and still is only a village not far from Novosibirsk. During the Soviet period it regained its positions due to the development of agriculture, but soon perestroika came and Kolyvan lost its significance once again. Now, in the beginning of the 21st century, when agriculture is developing well and when so many people prefer living out of a big city, Kolyvan seems to have its second chance, besides, growing interest to history attracts more and more visitors to the settlement. It is rich in interesting sights, such as old wooden and stone merchant houses, and its monastery with Alexander Nevsky Cathedral. The cathedral was built in 1887, nearly destroyed during the Soviet time and restored and returned to the Russian Orthodox church in 1991. 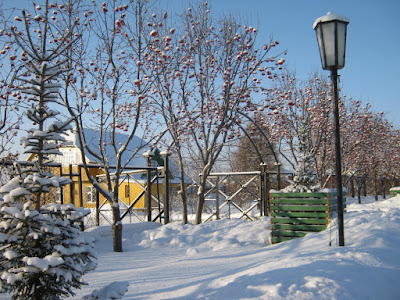 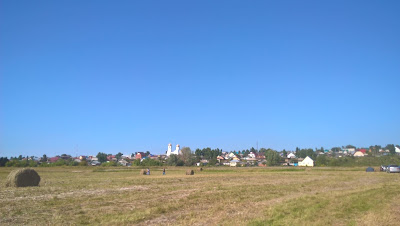 Very peaceful and beautiful is the landscape around Kolyvan. It is typically Russian, with endless fields, birch trees, ravines and the river Chauss, on the bank of which it is always nice to have a picnic. 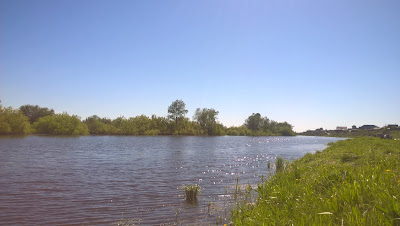 If you stay in Novosibirsk several days, I invite you for a day trip to Kolyvan. You will see what life looks like in a Russian village. A picnic with a camp fire gratis! 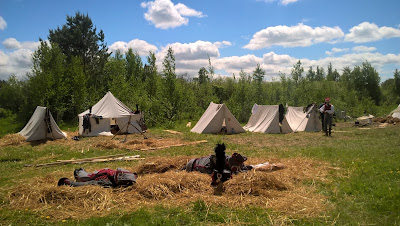 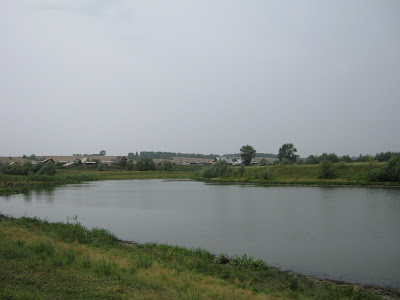 Email ThisBlogThis!Share to TwitterShare to FacebookShare to Pinterest
Ярлыки: Me and my work, Novosibirsk Region, Siberia