I suppose this post can be more interesting for my German readers, but I hope everyone will find it informative. 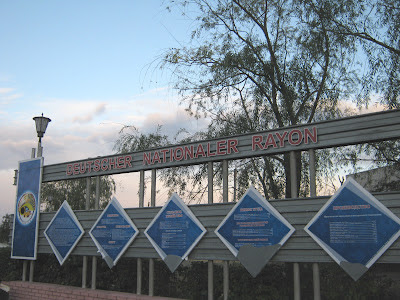 Not long ago I had a chance to travel to the German National District. If you think that I had to make a long journey, you are mistaken.
The travel just took two days, 6 hours drive to and 6 hours drive back, about 7 hours tour of the district and one night there. The German National District is situated about 400 km to the south-west of Novosibirsk, in Altaisky Kray. I knew about the settlement Halbstadt (translated as ‘Half a city’ from German), but I did not know there are other German settlements there as well. The district consists of 13 villages, and only Halbstadt has a German name, the rest sound Russian. I was sent there by one of the tourist agencies I cooperate with, and I was accompanying two ladies from… Argentina, whose parents were born in Russia before the October revolution of 1917. The parents of the ladies were children, when their parents decided to move to Argentina, as they saw that Russia was no longer a safe place to live for Germans. But how and when did Germans come to Russia? Shame on me, but I did not know that part of history, though it is often depicted in various films.
It is not a secret that the tsarina Ekaterina II was born in Germany and arrived to Russia to marry the Russian Tsar. Together with her a lot of other Germans also came here, because there was plenty of free land here to develop agriculture, which the Germans liked. The tsarina granted the land to her countrymen for free, and the land was situated in Volga Region and in the Ukraine, which is very fertile. The Germans remain Germans everywhere and always, and as soon as they settled, they formed German infrastructure and way of life and work. Everything there was neat and beautiful. The Germans also preserved their language. Some of them learned Russian to communicate with people in nearby villages, but in their families they spoke only German, thus preserving their language, culture and traditions. 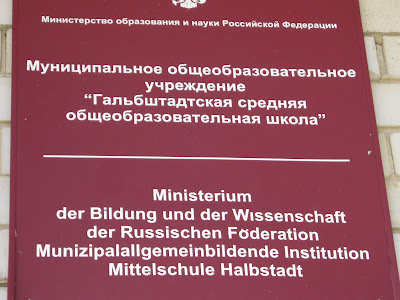 But how did Germans come to Siberia from the Western regions of Russia? In the beginning of the 20th century the population in Russia was already very numerous, and people needed more land for agricultural purposes. The territory of Siberia is huge, and people, including Germans, started to move here to live and work. That-time Minister in Russia was Pyotr Stolypin, who discussed the matter with the Tsar Nikolay II and reported to the Germans that they were allowed to go and live in Siberia. Thus, Halbstadt was founded in 1908, and the settlement Podsosnovo, which is situated close to Halbstadt and is also a part of the German national district, was founded as early as 1893. Unfortunately, under Stalin the German National District was abandoned, though all people remained there, but the settlers were no longer allowed to maintain their national culture, and Halbstadt received a Russian name. People were even afraid to speak German in their families, but many of them still did it, thus today there are still many people there who speak perfect German, but with a very strange accent, and in many cases they use words, which are now obsolete in Germany.
The German National District was restored in 1991, and now it incorporates 13 settlements. 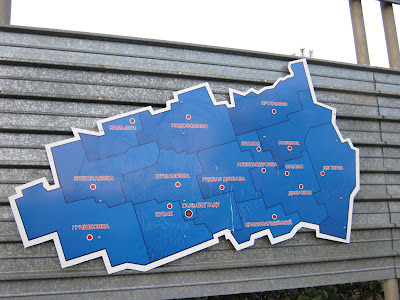 They way of life there is Russian, of course, and a lot of German families left for Germany, but the settlements are very different from typical Russian villages in all possible ways. In a typical Russian village you will see broken fences, lopsided houses, muddy roads and pavements without asphalt cover. You will also see pigs, cows and hens walking around. But you will see nothing of it in the villages of the German National District. In fact, they cannot even be called villages; they look more like small and very pretty towns. 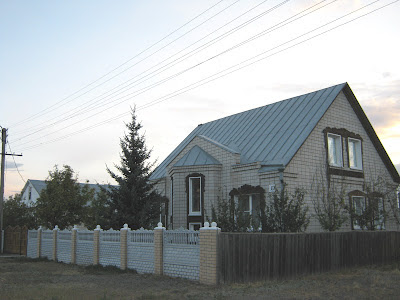 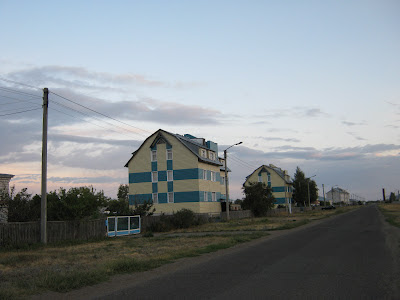 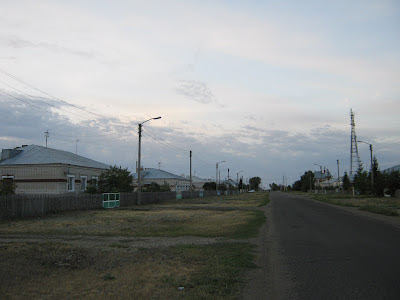 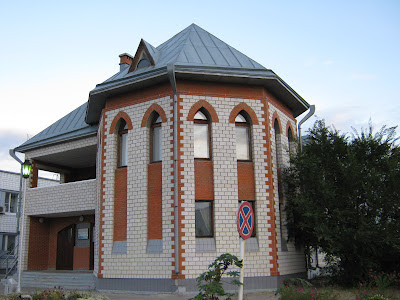 Very neat houses decorated with flowers, even and well-maintained fences, all of the same color, asphalt everywhere and women on high hills. It is hardly possible to walk on high hills in a typical Russian village, but here everything is so clean that a lady in an evening dress won’t look strange. 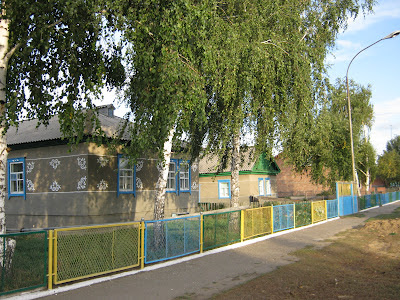 What surprised us greatly was the availability of a big sports center in every village, where all kinds of sports are possible, even yoga. A school in Halbstadt is a mere miracle. There is even a language laboratory and in the chemistry room there are taps with water on each table. German is taught there, and all students speak it pretty well. 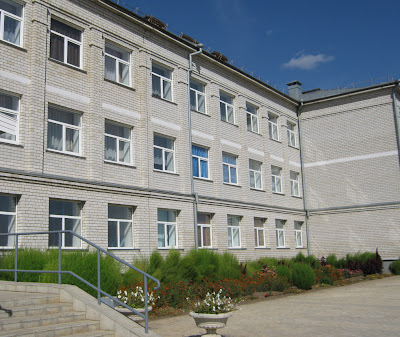 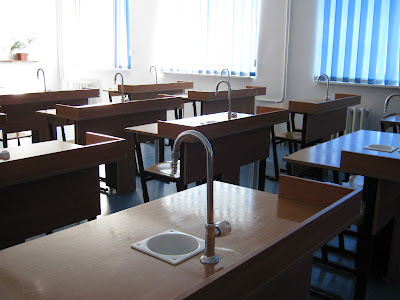 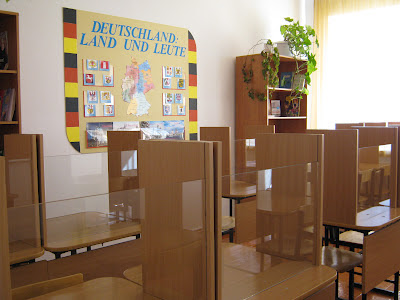 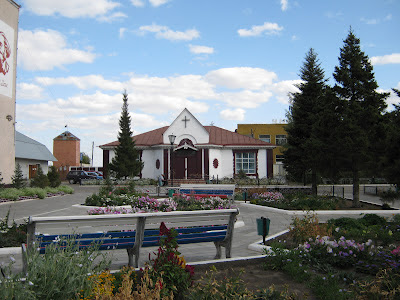 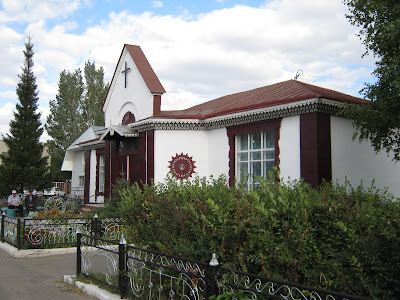 There are small museums in each village. 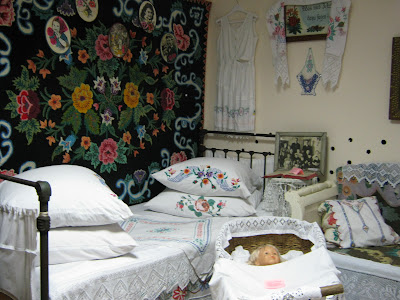 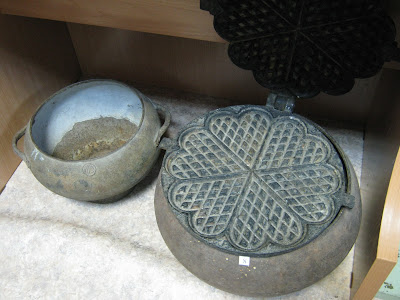 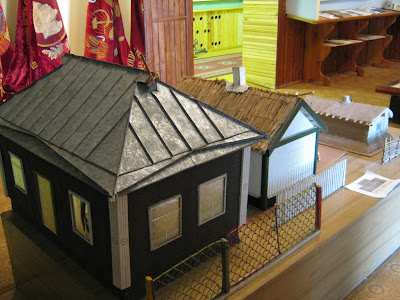 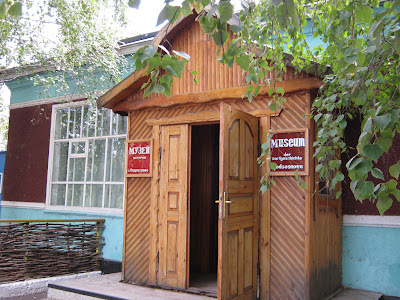 In one of them there is even a zoo. 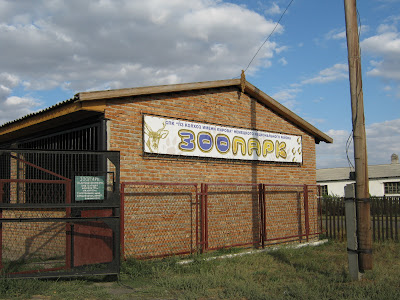 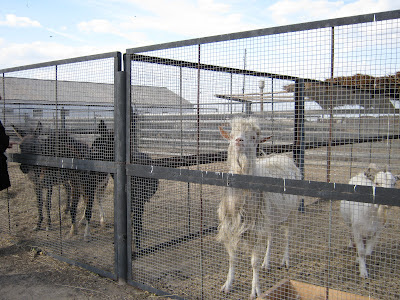 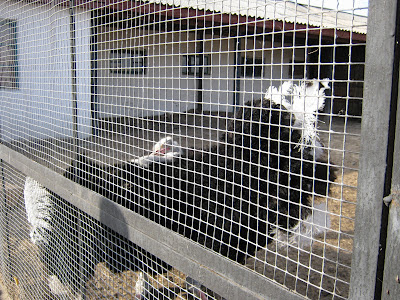 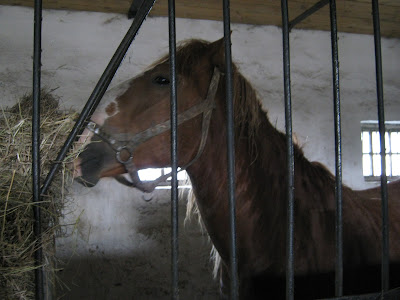 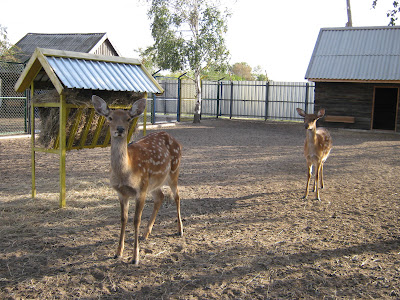 In the center of each village there is a small park. 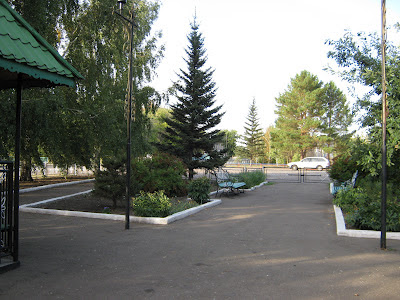 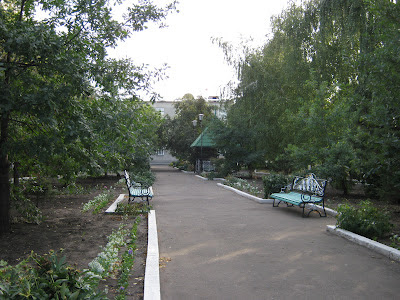 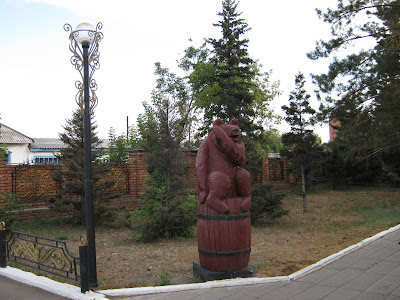 The villages produce everything they need for life. There are breweries, meat factories, and dairy factories. Astonishing is that the German National District preserved the system of kolkhozes, which functions very well. 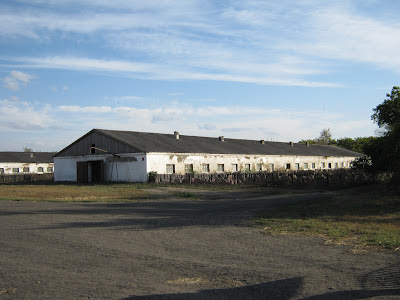 I was greatly impressed by this travel, and I’m sure to visit this place again to learn more about this amazing part of history.
Автор: Olga Tkachenko на 19:16

Email ThisBlogThis!Share to TwitterShare to FacebookShare to Pinterest
Ярлыки: Altai, Me and my work, Siberia