The travel season 2015 approaching, I have been considering and reconsidering my activities as a tour guide. I thought it might be useful to know what travelers think and say about Novosibirsk, especially those who visited it on their own, without a guide’s assistance. I studied several reviews and here’s what I found out. 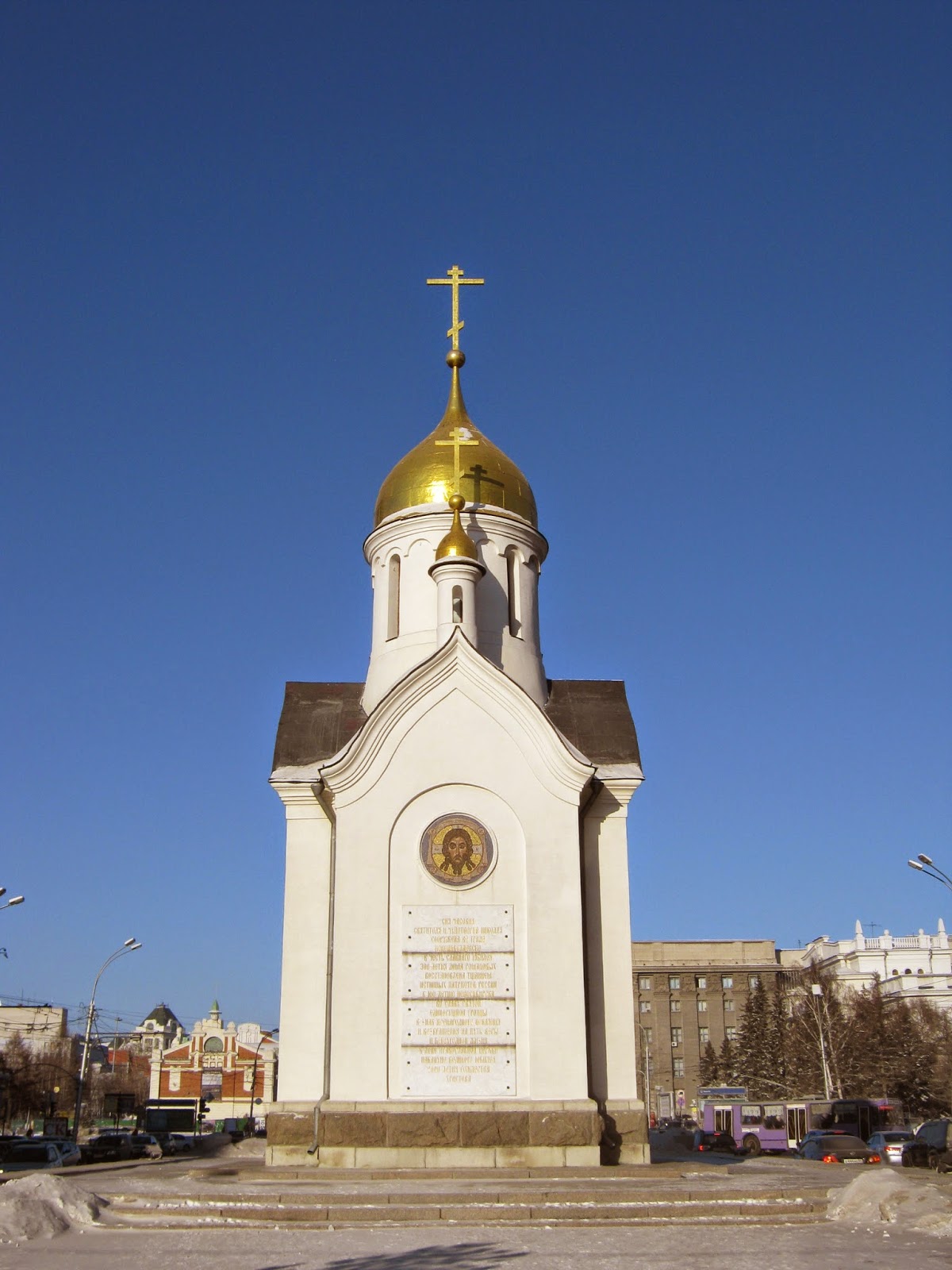 1.     A Russian traveler writing her blog in English thinks that Novosibirsk is ‘The largest Siberian city, and third largest Russian city after Moscow and St Pete.


There’s really nothing to say about Novosibirsk apart from it being big. The prefix “Novo-” means new, and that just about sums it up. In all places I’ve been to, I would fetch a random taxi driver, and order them to “show me the places worth seeing”. Now, the Novosibirsk driver was stupefied by that request, and had to concentrate really hard, for at least 5 minutes. And then offered to take me to Ikea. I swear he did that. It is possible that my assessment of the city is all wrong, and I just stumbled upon a really dumb driver. Verdict: a 3-4 hours layover to break the journey (that including the 2 hour lunch) would be enough. You will not massively miss out if you don’t go. Sorry locals.


Well, this traveler was really unfortunate to have come across a dumb driver who doesn’t know a thing about his native city. Or perhaps the driver is not of Novosibirsk origin altogether. Both situations are not unusual for Novosibirsk which is unfortunate, too. The city is really young in comparison to many other Russian cities, but it has its own personality of a typically ‘Soviet’ city, and it is this that should be put emphasis to. Our Opera and Ballet Theatre alone is something definitely worth seeing (and visiting, if possible) as the largest theatre building in the country, together with the railway station, which is the biggest of its kind, too. And apart from the urban sights Novosibirsk can boast of a reservoir, which is so spacious that we call it ‘the sea’, or of wonderful pine forests all around the city. Or the driver could have taken this traveler to the Embankment of the river Ob to enjoy the view, or else he could have taken her to the War Memorial in Leninsky District. Anyway, if this traveler happens to come to the city again, I’d recommend her hiring a guide and improve her opinion of the city.


2.      An England-based traveler is more positive about Novosibirsk, though he hasn’t even been in the city, only in Academgorodok, which is a remote city district, but not a separate town, as the traveler puts it.


I stop in the city of Akademgorodok, a suburb of Novosibirsk, location of Novosibirsk State University and the educational and scientific capital of Siberia. Rather than being an intriguing, previously classified Soviet research centre as I had perhaps imagined, Akademgorodok is little more than a large university campus, but my hosts would make my stay extremely memorable. They are Ilyas, a Kazakh from Almaty; Ivan, a local of Novosibirsk and his girlfriend Sasha who comes from the Commander Islands, the last of the Aleutians and surely one of the most remote places in all of Russia, lying well off the eastern coast of Kamchatka.
I am invited into the spacious apartment of my three student hosts and am immediately treated to a tea ceremony by Ilyas. Taking its roots in the Taoist-influenced cultures of China and east-Asia, the tea ceremony is a ritualised preparation and presentation of tea designed to bring out the best flavour of green tea and although certainly not native to Russia or Siberia, there are undertones of the New Age spiritualism which has a nascent following in the post-Soviet world. My three hosts are in fact members of the Tea Club, a social club based somewhat around tea ceremonies, and I am very glad to be invited to one of their meetings in central Novosibirsk one evening. This takes place in a dedicated cultural venue, where I form one of my fondest memories of Russia and Russian people. A small circle of friends gather, mostly academics and artists, bringing musical instruments and relaxing on cushions in a large open room. Tea is made ceremoniously and music played; the atmosphere is totally unpretentious, welcoming and relaxed, and I am infused with a very natural feeling of heightened awareness, something I have hardly felt before. It’s more refined and wholesome than typical western social activities which almost always revolve around drinking alcohol, and a perfect antidote to the stereotypical views of Russians being invariably heavy drinkers. I imagine that most people in the room refrain from drinking alcohol altogether. The music is earthy, imperfect and soulful, played at a volume which does not stifle conversation, and occasional mistakes are laughed off or ignored. Performers are not trying to prove themselves or fit into any pre-described social movement; it is simple, joyful socialisation of a kind which I have only ever experienced in Russia.


As far as I understand, this traveler hasn’t even seen much of the city, but he was much more fortunate than the female traveler, because he has seen or met the most essential thing – the people, who, despite cold and other difficulties, can be extremely friendly and warm. The traveler was even more fortunate to have run into representatives of the new generation, these conscious and sensible young people, able to help foreigners overcome a common stereotype, that of Russians being heavy drinkers.


3.      Tom from Chicago, who I have met at the forum of www.lonelyplanet.com, and who I’m definitely going to meet personally, seems to really like the city. Here’s what he writes in his forum post:


I have been to a lot of places and I have to tell you, Novosibirsk is one of the big cities that I would like to visit in 2011-2012. I hope that other people like Novosibirsk as well and offer some travel tips. Novosibirsk is one of the best stopovers on the Trans-Siberian Railroad, but so many foreign visitors bypass it in favor of Ekaterinburg and Krasnoyark. Big mistake. Novosibirsk is better than both of them. It is a very safe city, well organized, but almost completely devoid of foreign tourists. In 2008, we could find no tourist literature, now there is some, in Russian only. The Novosibirsk Opera House not only has an amazingly good array of opera and ballet performances; the acoustics are among the best in the world. Tickets are cheap. Beer and snacks are also nice and cheap. Novosibirsk is the capital of Eurasia. It is the most important transport hub on this huge landmass. You really should be planning a stopover here, the Chicago of Eurasia.


I was so delighted to read that post that I immediately contacted Tom and expressed my thanks. What I have to add is that now you can find travel literature in English, and the tourist infrastructure in general has improved. And of course, if you happen to make a stopover in Novosibirsk, be sure to visit one of the ballets or operas, doesn’t even matter which one, as all of them are worth seeing, and the inside of the theatre is able to strike even the most experienced theatre-goer. 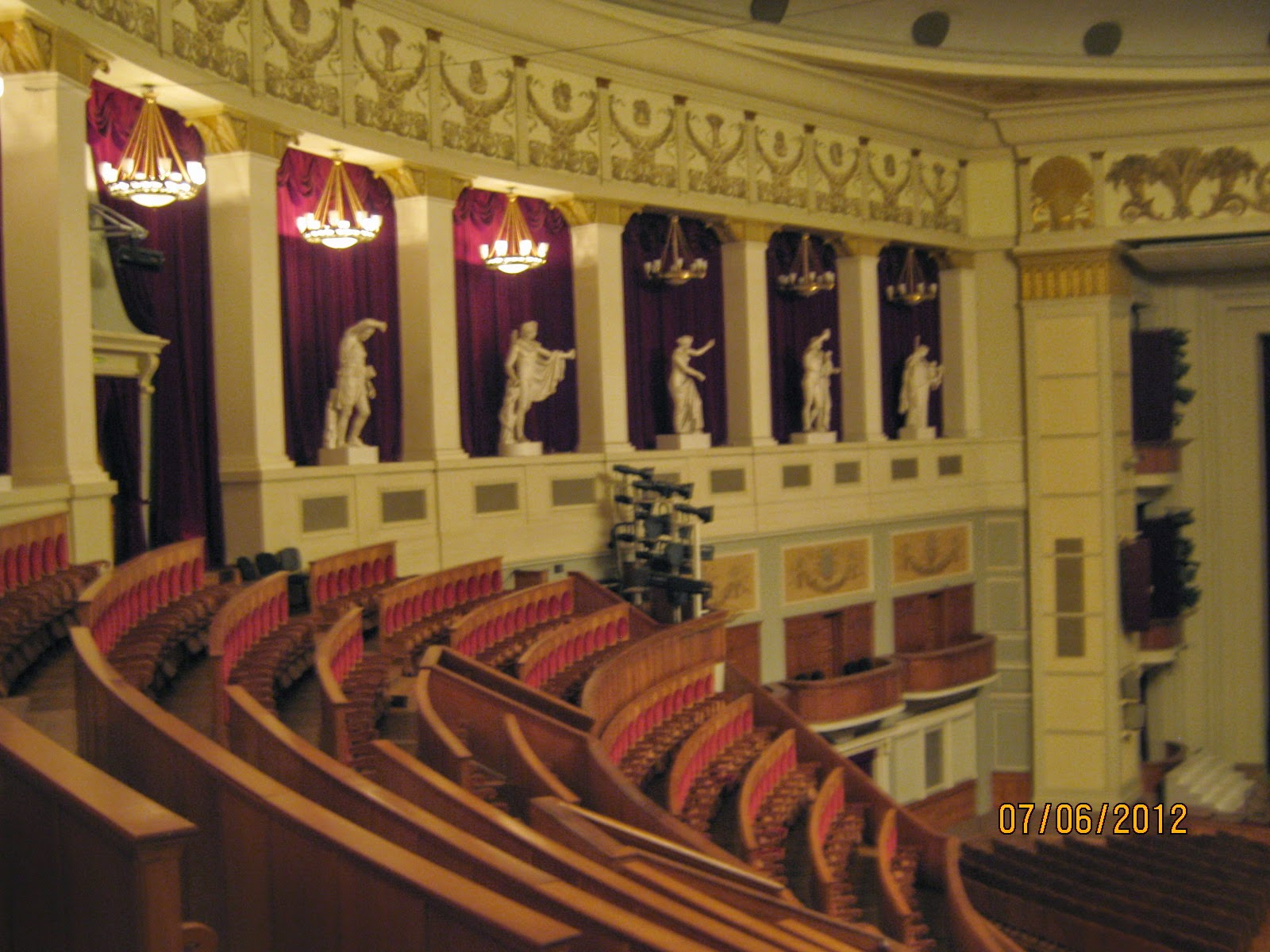 And what do you think? Have you been to Novosibirsk? If not, are you thinking of coming? I would be happy to read your comments.
Автор: Olga Tkachenko на 14:10

Email ThisBlogThis!Share to TwitterShare to FacebookShare to Pinterest
Ярлыки: Me and my work, Novosibirsk