Lake Chany is a closed salted lake in Russia located in the Baraba lowland, Novosibirsk Region; it is the largest lake in the Western Siberia. 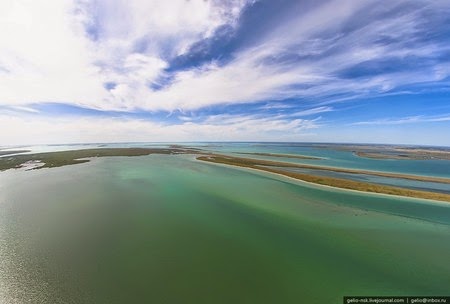 The lake is located in five administrative districts of the Novosibirsk Region: Zdvinsky, Barabinsky, Chanovsky, Kupinsky and Chistoozerny. The name of the lake originates from chan (Turkic) – a large vessel.

The lake is a system of stretches connected by channels and shallow areas, three of which are the largest ones: Chinyaikhinsky, Tagano-Kazantsevsky and Yarkovsky, differing from one another in the mineralization degree, area, depths, soils, and the fodder resources.
The lake freezes in the second half of October and breaks up in May.
The largest part of the lake lies in the forest-steppe natural zone. 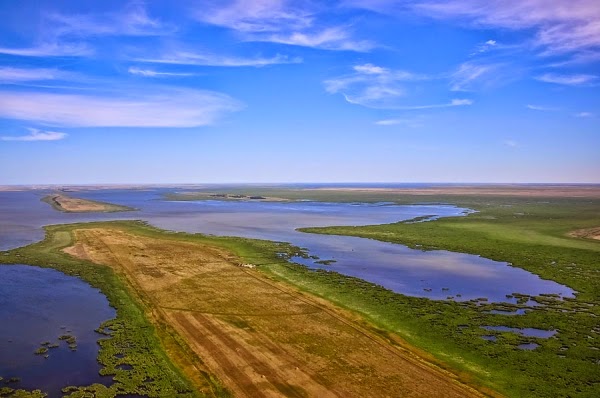 Lake Chany is located 106 meters above sea level. It is 91 km long and 88 km wide. The area of the lake is 2000 km². Its shores are rather low and strongly intended, overgrown with rush, cane, sedge, and bush.
The lake is believed to appear by the end of the Ice Age, approximately 10-13 thousand years ago. Initially the lake was located in the steppe; the first dwarf birches on its shores appeared approximately 5.5 thousand years ago.
The lake was first mentioned in the Russian literature in the 16th-17th centuries, that is, when opening up of Siberia started. They started to explore the water body in the 18th century, together with occupation of the Baraba lowland.
16 fish species inhabit the lake. The most widespread fish species is perch. The lake is also inhabited by a large number of golden carp, European carp, ide, and zander. Roach, pike, and bream are represented in average quantities.
Fish mostly winter in Yarkovsky reach and in Lake Yarkul. Lake Yarkul is 11 meters deep.
As to mammals, the lake is inhabited by musk beaver; while the forest-steppe areas close to the lake are inhabited by fox, hare, roe, badger, corsac fox, and Siberian weasel. 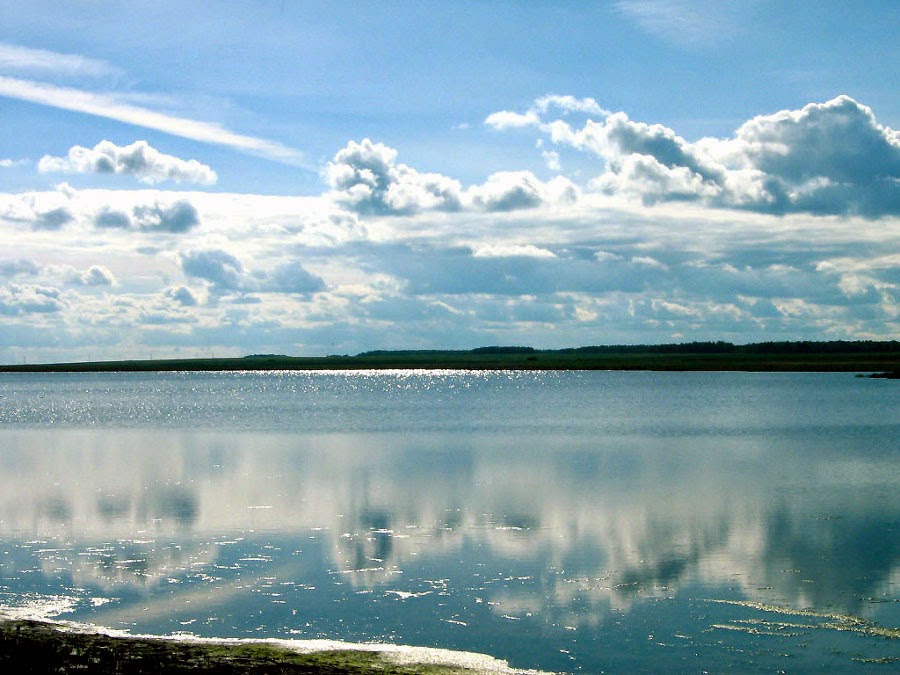 The lake is rich both in animal and phytoplankton; 404 algae forms have been found.

The lake shores and islands are grown with birch, oak, bird cherry tree, arrowwood, aspen, hawthorn, dog rose, currants, raspberry, and fern. Wild peonies grow and bloom on some of the islands.

The basin of Lake Chany is a natural inexhaustible source of catch of wild freshwater fish, a native ecosystem combining flora, fauna and the aquatic world of several districts of the Novosibirsk Region. Nearly primeval, man-untouched, fish-rich places are of a special value for consumers in the era of globalization and urbanization. Like thousand years ago, people eating filet of wild river perch caught in Lake Chany enjoy a natural and wholesome product with all its characteristics preserved thanks to the location of the lake isolated from the rest of the world