Have you heard of Biysk?
'What is it and where is it?' is a common answer. No wonder, a small city in Altai Region has no bright moments in its biography, but it's of the same age as St.Petersburg and was founded by the same person - Peter the Great, and it is an honorable fact in itself!
And not only this makes the city interesting. Later on, in the 18th and 19th centuries, the city became the starting point of Chuysky Tract connecting Russia with Mongolia and China. It was a big and important trading center.

If you go from Novosibirsk to Altai mountains, Belokurikha or Mongolia, you have to drive through Biysk, which is 330 km from Novosibirsk in the southern direction, there is just no other way! But hardly any makes a stop here and spares a couple of hours for a little walk. And we always did the same. I went to Altai about 10 times, but it never occurred to me to walk around the city and to look at it.
When we were going to Altai in November this year for the weekend, I decided to correct that mistake. And we spent about an hour and a half walking around the old part of the city.
It was really wonderful! A quiet and peaceful atmosphere of the city makes you feel as if you are in the past, Soviet or even earlier...
Empty streets, stone buildings of the 19th century...  This is the oldest part of the city, it is here where one of the first Siberian fortresses was built more than 300 years ago. If it were Europe, the street would be full of tiny souvenir shops and cozy cafes. But it is in the provinces of Russia, and such regions suffered a lot during the perestroika period and have still not recovered after the crisis. Local people say the earnings are too low, and it shows: almost no advertisements and billboards in the streets, too few cafes, hardly any restaurants, business and trading centers, not so many cars... 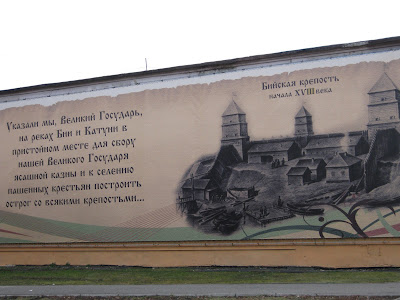 The atmosphere of the city is calming, it's really nice to be there. But I don't think I could live here after crazy and busy Novosibirsk with a lot of opportunities. The locals say there are terrible problems with work, very few good schools and only one University with a moderate choice of courses.

Modern city districts are as quiet and calm as its historical center.
The central street of Biysk, Lenin street, with a nice park in the middle. Few people, low prices for ice-cream and other nice small things as compared to Novosibirsk.
Here we found a really good cafe with surprisingly low prices and a really rich choice of dishes and drinks. The cafe is situated Lenin Street, don't remember the exact address, but it's near the Hotel Biysk. 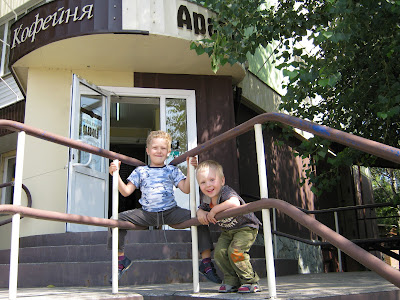 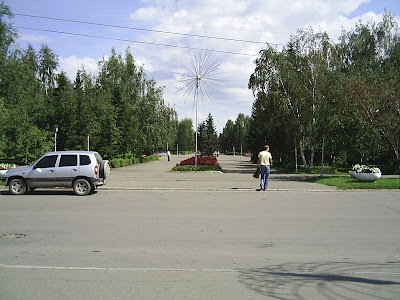 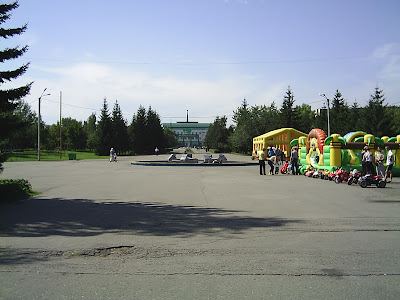 Now I recommend visiting Biysk to everyone who drives to Altai or Mongolia or back.
Moreover, unlike Altai mountains, it is possible to reach Biysk by train, it is the last station in this direction. It takes about 8 hours from Novosibirsk by train and about 4-6 hours by car, depending on the driving situation.

Would you like to have a guided tour around Biysk? I will be happy to be your guide!
It is possible to find a hotel here, the prices will surprise you!
Despite the city is small, there are a couple of really interesting museums, the Museum of Chuysky Tract among them. You will learn about the history of this important and famous road.
And in the Natural History Museum you will see hundreds of species of animals, insects, fish and birds living in Altai and close to it.

Interested? I would be happy to read your comments.
Автор: Olga Tkachenko на 11:21

Email ThisBlogThis!Share to TwitterShare to FacebookShare to Pinterest
Ярлыки: Cities in Siberia, Siberia